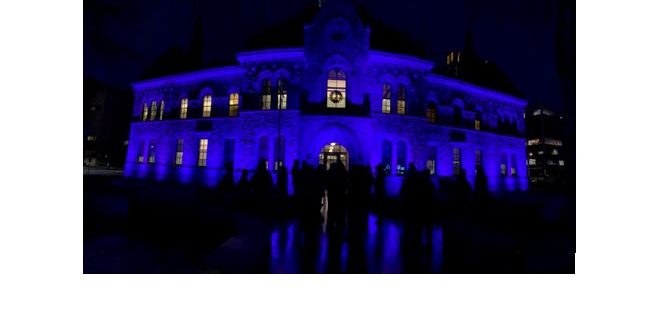 Today we join with people around the world to begin the annual international campaign called 16 Days of Activism to End Gender Based Violence. The campaign runs from November 25, the International Day for Elimination of Violence Against Women, and ends on December 10, Human Rights Day. It’s an opportunity to come together to call out, speak up and renew our commitment to end gender-based violence in all its forms. All around the world, people are still being harassed, hurt and murdered because of their gender, sexual orientation and choices to exercise their human rights about their own bodies.  The Canadian Women’s Foundation tells us that every six days in Canada, a woman is killed by her intimate partner. Indigenous and racialized women, disabled, trans and non-binary people are at the greatest risk of all. These are not strangers; they are people we know and love.

During the pandemic, gender-based violence increased when people lost contact with many of their social supports, agencies had to find alternate ways of providing support, and levels of poverty and hunger spiked sharply. We saw people rise up to create new solutions and we learned some lessons that will serve us well going forward. We can’t stop working for change.

I am proud to have worked with the Grandmothers Advocacy Network over the past four years to gather our community and local agencies in front of the Heritage Building of City Hall, to declare November 25 to December 10 the 16 Days of Activism in the City of Ottawa.

I want to thank the Ottawa Coalition to End Violence Against Women for their continued leadership in keeping our attention on this issue all year round, and in supporting the many community agencies who provide life and death supports to people fleeing violence. Thank you to Hydro Ottawa for their continued support and sponsorship of this event as they help us shine a light on gender-based violence by financing the lighting of City Hall purple for the entire 16 Days of Activism.

This year, as Ottawa City Council’s Liaison for Women and Gender Equity, I am especially proud that the City of Ottawa has signed on to work with United Nations Women to participate in its Safe Cities, Safe Spaces for Women and Girls initiative. This will give us the opportunity to delve deeply into an issue of particular importance for safety in Ottawa public spaces. And we will learn from other cities all over the world who are doing this work as well.

Please take a few moments in the next 16 days to think about some way you can actively make a difference and express your commitment to a safer home, a safer city, a safer world. Be the change!