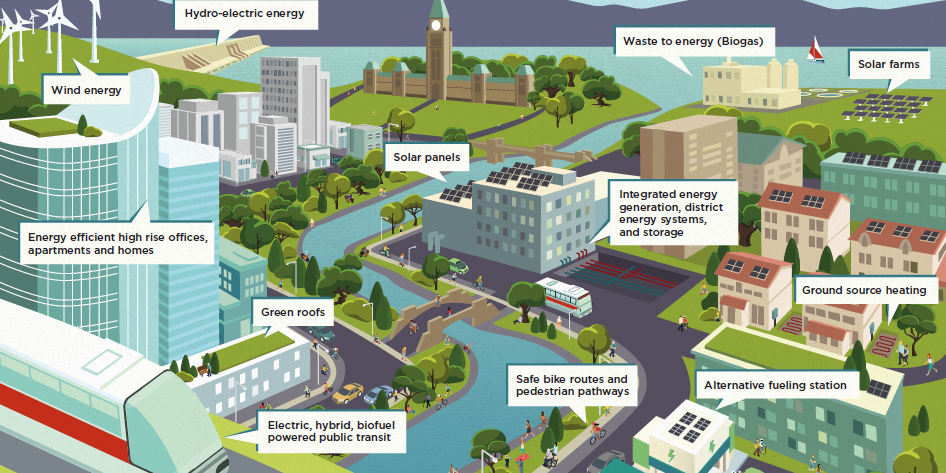 Ottawa – The City’s Standing Committee on Environmental Protection, Water and Waste Management today received an update on the Climate Change Master Plan. This is the City’s plan to transition to clean, renewable energy and making Ottawa more resilient to the effects of climate change.

Council declared a climate emergency last year and the City is committed to taking action to protect Ottawa’s economy, ecosystems and community from climate change. That includes reducing Ottawa’s greenhouse gas emissions by 100 per cent by 2050.

Between 2012 and 2019, community emissions decreased in Ottawa by 12 per cent due to efforts by the former provincial government to phase out coal plants and reduce emissions from electricity generation. Emissions remained relatively flat since 2016, with a slight increase in 2019.

The City is continuing to make progress on the eight priorities of the Climate Change Master Plan. Highlights include approving the final strategy for Energy Evolution, developing climate projections for the National Capital Region, embedding climate change mitigation and adaption policies in the draft new Official Plan and increasing education and advocacy efforts.

Recommendations from the meeting requiring Council approval will rise to Council on Wednesday, January 27.

Thermal cameras coming soon to a library near you
November 26, 2021