The City will move ahead on Energy Evolution 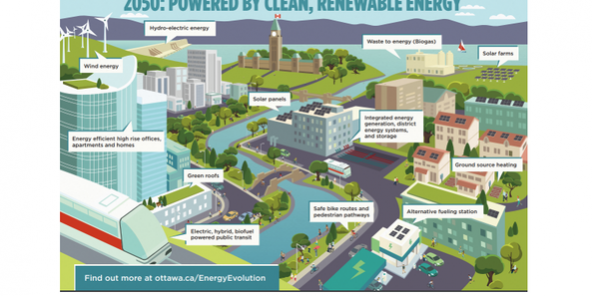 The City is set to move ahead on its strategy to reduce greenhouse gas emissions after Council approved, on Wednesday, October 28th, $2.6 million for Energy Evolution . The funding – a surplus from last year’s Hydro Ottawa dividend – would be used to carry out 20 Energy Evolution projects over the next five years, in collaboration with the community. The projects will help the corporation of the City of Ottawa meet its goal of reducing emissions by 100 per cent by 2040, and by 2050 Ottawa-wide.

The funding will also help the City leverage federal and provincial funding for additional climate change initiatives. Meeting the Energy Evolution targets will require collaboration and investments from all sectors and all levels of government. An estimated $57.4 billion will be required on top of planned community-wide investments, but by 2050, those investments are projected to generate a community-wide net return of $87.7 billion.

City’s Heat, Cold and Smog Planning Committee has new and updated resources to share with you
December 23, 2022