The City is seeking public feedback on E-Cargo Bikes 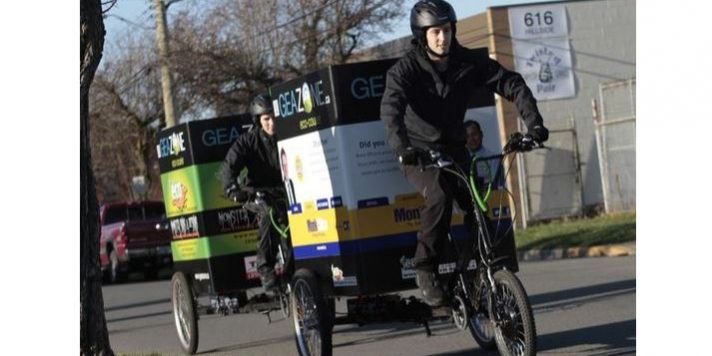 It can be challenging for small businesses to perform deliveries in dense, urban areas. E-Cargo bikes can provide a convenient alternative to deliver goods with an added benefit of reducing emissions.

What do you think?

The City has opened a new survey. This survey is seeking public feedback on the potential use of cargo power-assisted bicycles (e-cargo bikes) in Ottawa.

The Province’s new Bill 282 (Moving Ontarians More Safely Act) defines power-assisted bicycles (e-bikes) based on the unladen weight of the bicycle. E-bikes that weigh more than 55 kilograms are now considered e-cargo bikes. The Province of Ontario has launched a five-year pilot program to allow e-cargo bikes to be used for the movement of goods and people, both personally and commercially. Municipalities wishing to participate in this pilot program are required to implement by-laws to allow e-cargo bikes to operate on their streets.

The City of Ottawa is considering participation in the pilot program, pending Council approval, so that residents and businesses have the option of using e-cargo bikes instead of trucks, vans and cars. This supports the City’s objectives of encouraging more active and sustainable transportation and goods movement. Personal e-cargo bikes can help to fulfill families’ and households’ daily needs without a car. Commercial e-cargo bikes will be able to replace standard delivery trucks in dense urban environments. E-cargo bikes provide a promising opportunity to reduce traffic pressure on City streets and to reduce greenhouse gas emissions.

The survey results will assist in the development of the City of Ottawa’s municipal by-law for e-cargo bikes to participate in the five-year e-cargo bike pilot program. Staff will bring forward a recommendation for consideration by Transportation Committee on September 1, 2021 and then for City Council consideration on September 8, 2021.

OttawaTransitRiders.ca Survey – what did you think of FREE transit in December?
January 21, 2022

Calling all kids age 12 and under to grab their colouring pencils and crayons!
December 10, 2021