Shining the Light on Violence against Women 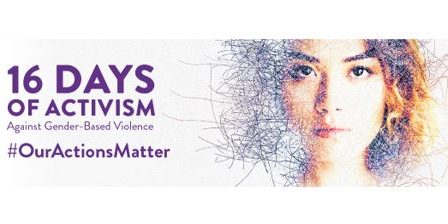 On Wednesday, October 28th at City Council, I presented a motion with Councillor Diane Deans to declare November 25th to December 6th, 2020, as 16 Days of Activism to End Gender-Based Violence in the City of Ottawa. During the days of activism, Hydro Ottawa is sponsoring the Shining the Light on Violence Against Women display at City Hall. An orange light will shine on the Heritage Building for 16 days.

WHEREAS the City of Ottawa has recently established its own Gender and Race Equity, Indigenous Relations, Diversity and Inclusion to advance equity and inclusion in the City; and

WHEREAS Gender-Based Violence is one of the most far reaching and damaging abuses of the human rights of women of all ages, races, ethnicities, abilities, sexual orientation, religion, social and income status; and

WHEREAS up to half of the women in Canada experience at least one incident of violence or harassment before they reach the age of 18, and approximately every six days, a woman in Canada is killed by her intimate partner; and

WHEREAS Indigenous, Black, LGBTQ2S, racialized, disabled, low income, and homeless   women and girls, are more likely to be victims of violence, and immigrant, refugee, and rural women experience additional barriers to accessing support when seeking an end to violence in their homes; and

WHEREAS The final report of the National Inquiry into Missing and Murdered Indigenous Women and Girls (MMIWG) calls on all levels of government to take action to end the disproportionate violence and abuse experienced by Indigenous women and girls; and

WHEREAS the United Nations (UN) has called upon communities across the globe to take a public stand to End Violence Against Women through its annual 16 Days of Action to End Gender-Based Violence campaign from November 25 to December 10, and

WHEREAS Violence Against Women caused nation-wide trauma in Canada on December 6, 1989 with the Montreal Massacre of six women at L’Ecole Polytechnique; and

WHEREAS the Ottawa chapter of Grandmothers Advocacy Network (GRAN), a non-partisan network of volunteers working to advocate for the human rights of grandmothers, children and youth of sub-Saharan Africa invite engagement and mobilization with like-minded partners to raise public awareness to amplify the message of ending violence against women; and

WHEREAS Hydro Ottawa has pledged to financially support GRAN’s efforts to shine a light on violence against women by lighting the exterior of the Heritage Building at City Hall orange for the duration of the 16 Days of Activism to End Gender-Based Violence campaign; and

THEREFORE BE IT RESOLVED that the Mayor and Ottawa City Council declare November 25th to December 6th, 2020, as 16 Days of Activism to End Gender-Based Violence in the City of Ottawa.

The Order of Ottawa & Brian Kilrea Award for Excellence in Coaching
August 5, 2022

A Company of Fools is coming to Bay Ward
August 5, 2022
Topics
Go to Top