Seeking Injunction in Support of the City of Ottawa 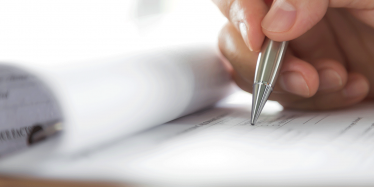 A number of questions have been raised on the issue of a City-led injunction to restrain certain elements of the ongoing protests. I am writing to advise Members of Council that, earlier today, legal counsel on behalf of the City sought an appearance before the Ontario Superior Court of Justice for purposes of obtaining an injunction in respect of the by-law violations arising out of the ongoing protests.

This action is an effort to restrain the observed widespread disregard by many of those involved in the demonstration for the rule of law and for municipal by-laws enacted to promote the health, safety, and well-being of residents and visitors and to enhance the economic, social and environmental well-being of the municipality, including respecting climate change. It is intended to be supplementary to the measures announced earlier today by the Province of Ontario to address the protests occurring in Ottawa and other jurisdictions.

As Members are aware, the Province of Ontario announced this morning that it is declaring a state of emergency and will be exercising its powers under the Emergency Management and Civil Protection Act  to issue mandatory orders prohibiting certain conduct. In this regard, this morning’s announcement indicated that, effective tomorrow, orders will be issued making it “illegal and punishable” to block or impede infrastructure, including public transit and municipal roadways and sidewalks.  The announcement further indicated that contraventions of the orders could result in fines of up to $100,000 and one year of imprisonment.  The Provincial announcement also noted the possibility of additional enforcement measures, such as the suspension or revocation of the personal or commercial licenses of offenders.

While the anticipated Provincial Orders would appear to address the obstruction of City roads and interference with public transit routes, it is important to note that there is also evidence of flagrant and repeated violations of provisions of City by-laws, including

Enforcement of these by-laws can be affected by By-law Officers or by police, in accordance with the Police Services Act and Provincial Offences Act. During recent events, By-law Services have not been able to effectively undertake their usual enforcement activities in those parts of the City most affected by the protests, due to safety and operational concerns identified by the Ottawa Police Service. Where enforcement has occurred, it has not had a deterrent effect.

Given the continued violations, Legal Services is moving to seek extraordinary injunctive relief from the Court, as soon as possible. It is anticipated that the hearing of the City’s application will take place in the coming days, subject to the availability of judicial resources.

Recognizing that the City is not able to direct the police in respect of their handling of the ongoing protests, it is hoped that any injunction obtained by the City, in concert with the recently-announced Provincial Emergency Orders, will be of assistance to their on-going operational efforts with the ultimate goal of bringing the protests to a peaceful conclusion, as soon as possible.

While I am not able to share publicly the specifics of the City’s legal strategy until the matter is presented to the Court, I will provide further updates as the injunction  process proceeds

Both the Short Term Rental (STR) permit by-law and the STR zoning amendments are now in force
March 4, 2022