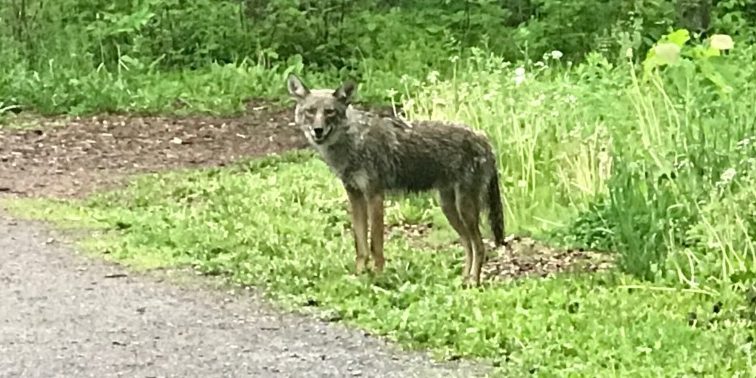 Residents from all over Ottawa, including Bay Ward, are concerned about the the recent aggressive behaviour being observed in coyotes around Riverside South.

Since Friday, June 5, City By-law and Regulatory Services (BLRS) and the Ottawa Police Service received numerous calls in regards to coyote sightings and aggressive coyote interactions in the Riverside South area. Since then, Ottawa Police officers have been doing proactive patrols in the area in order to protect the public.

Early this morning, a coyote was spotted prowling around houses near Shoreline Drive and Wild Shore Crescent. The coyote initially came at an officer, but they were able to chase it away from the residences using a police cruiser. Officers then located the same coyote in the Claudette Cain Park where they had no choice but to put it down safely.

While coyotes are not typically aggressive, BLRS continues work with a wildlife specialist to monitor coyote activity in the area. Residents of the area are asked to remain vigilant and to avoid wooded areas, particularly after dark.

Residents are asked to take the following precautions when encountering aggressive wild animals:

If a wild animal is posing an immediate threat to public safety, or following residents’ movements, 9-1-1 should be contacted. If a wild animal scratches or bites resulting in skin breakage, residents should also contact Ottawa Public Health (or 3-1-1 after hours) to speak with a Public Health Inspector.  General sightings of coyotes should be reported to 3-1-1 (or 311@ottawa.ca), so that times and locations where coyotes are being sighted can be tracked.