Blasting on the Rideau River 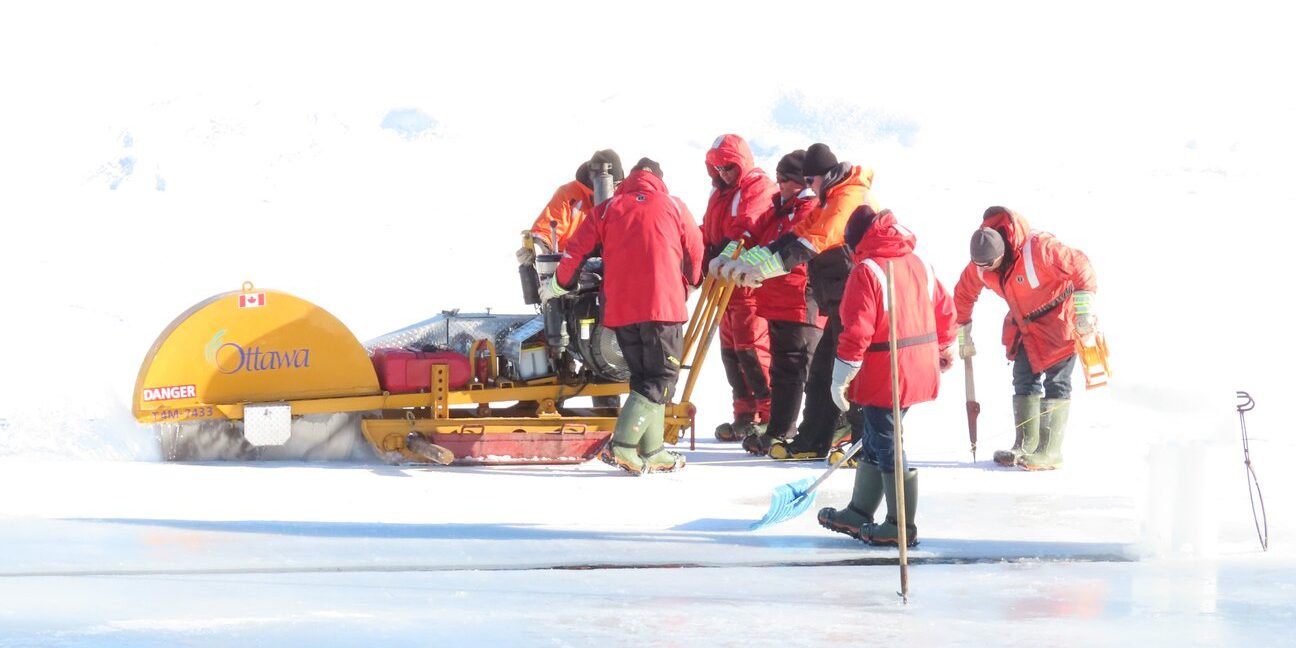 Every year, the City of Ottawa’s Roads and Parking Services Team works in partnership with the Rideau Valley Conservation Authority to prepare for its annual Rideau River Flood Control operations and blasting. These operations are critical to mitigating the risk of flooding in the communities along the Rideau River. Today, we wanted to take a moment to announce that these operations are now officially underway!

Weather and ice conditions permitting, blasting on the Rideau River is scheduled to begin on February 26. Please visit Ottawa.ca for more information.

On January 31, a portion of the Rideau River Flood Control Team was mobilized and began preparing equipment and drilling test holes at several locations throughout the river corridor. With these preliminary steps concluding on February 4, the remainder of the Team began working on clearing snow and cutting keys in the forebay, before working their way towards Porter Island.

To ensure everyone’s safety as we continue preparing for these operations, we are reminding everyone to stay off the ice for the remainder of the winter season.

The Rideau River Flood Control Team is actively working on preparing the area for blasting, and clearing snow from its surface is included as part of these operations. This does not mean the area can be used for any winter activities but rather, the Rideau River blasting date is fast approaching.

It is imperative that everyone stays off the ice and away from our work space. Last year, we saw an increase in the number of people using the frozen river as a skating rink once the snow had been cleared off the ice. Although the ice surface appears to be frozen, it is unstable due to the ongoing blasting preparations, making it unsafe. The frozen river is a very dangerous place, and at no time should anyone be using it for any type of winter activity. When our teams are on the ice, they are using appropriate protective equipment and are trained to work safely in areas with thin ice or open water. Residents do not have this training and are at risk of falling into open water or through thin ice.