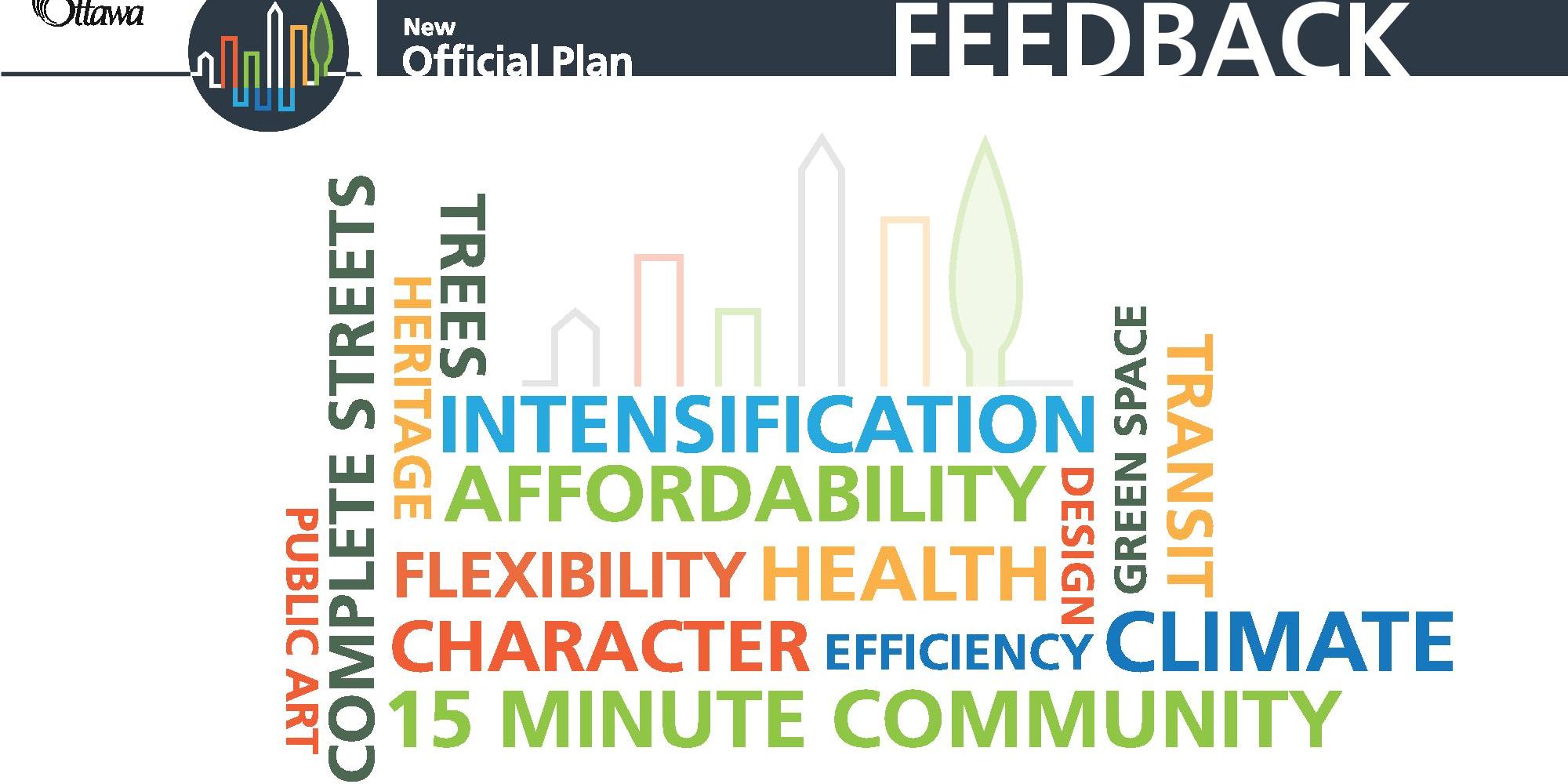 Today is the launch of the draft for the New Official Plan – the blueprint of what our city is striving to look like as we continue to grow – that will guide the physical development of Ottawa until 2046.

I support the main concept of the 15-minute neighbourhood as being a priority. We need a city where we want to live, work and play. We already know that Bay Ward is going to see change with the Stage 2 LRT that is being constructed and the development that will accompany it.

I hope to see more affordable housing for those who want to live in our communities but can’t afford to particularly with the current price of housing. This will not be a static document but one that must adjust to future needs. I appreciate the input of those who have contributed to this important document, both staff and active community members, as we move forward.

On the City’s website you will find a series of short surveys, arranged by theme, to help guide your feedback depending on your areas of interest. You’re welcome to offer feedback on any or all surveys. You can send questions to newop@ottawa.ca.

Some of the themes include:

The City will collect feedback on the draft New Official Plan until Wednesday, February 17, incorporating input into an updated version of the draft that will be presented in the spring of 2021 for discussion at a joint meeting of the City’s Planning Committee and Agriculture and Rural Affairs Committee. After that, City Council will consider the New Official Plan in the fall of 2021 and, once approved, it will go to the Ministry of Municipal Affairs and Housing for final provincial approval.

CPO is looking for RFP for Facilitating Employment for People with Criminal Records and from Marginalized Communities
November 18, 2022

Ottawa Public Library wants to hear from you!
August 19, 2022
Topics
Go to Top