RBC Bluesfest is back! 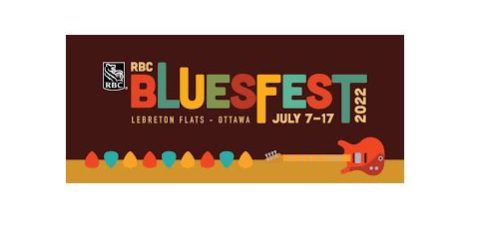 Plan ahead for traffic impacts and take transit to the festival

RBC Bluesfest returns to LeBreton Flats this weekend, from Thursday, July 7 to Sunday, July 17. Residents and visitors travelling in the area can expect increased traffic and pedestrian activity throughout the festivities.

OC Transpo is the best way to get to RBC Bluesfest

Travel on OC Transpo is included in the ticket price for event ticket holders. Ride the bus, O-Train, or Para Transpo to and from the festival, starting three hours before the event and up to two hours after the end of the event on the date(s) your Bluesfest pass is valid. Simply show your wristband or pass to the bus or Para Transpo operator or use the video chat function on ticket machines at O-Train Line 1 stations to request access through the fare gate.

Customers travelling on Para Transpo to LeBreton Flats will be picked up and dropped off at the designated location at 1 Vimy Place.

Parking is available at OC Transpo Park & Ride lots across the city at no charge. Use OC Transpo’s Travel Planner to plan your trip.

Getting home after the show

Going west: Take routes 57, 61, 62, 63, 74 or 75 from Albert Street at Booth Street. To reduce crowding at Pimisi Station, O-Train Line 1 will temporarily bypass Pimisi Station when travelling westbound after the festival.

Look out for signage to find your queue line on Booth Street after the show.

The following streets will be closed throughout the festival:

Local street parking restrictions are in effect throughout the festival, please refer to on-street signage. Major restrictions include:

Visit the RBC Bluesfest website for more information about the festival.