Questions and responses about Road Cuts 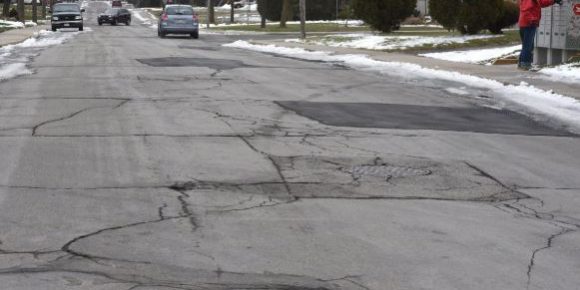 When the City issues a utility company, a Road Cut Permit, the expectation is that the road’s previous conditions will be reinstated adequately and not degraded. However, work, such as the recent work that took place on Rideau Street near Charlotte Street, by Telus, the road was cut in a trench, work was complete and the road was minimally re-instated, rather negatively impacting our recent investments along Rideau Street. Infrastructure preservation and reduction of infrastructure degradation has been on the mind of Transportation Committee members recently. In 2021, the City spent $41.2M on asphalt surfacing on its streets.

As Road Cut permits are issued and completed there seems to be a pattern of degradation of City infrastructure.

The Road Activity By-law requires that all road cuts be reinstated in accordance with City of Ottawa standards. These standards are the same requirements placed on contractors working on behalf of the City and are set out in the Standard Tender Documents for Unit Price Contracts. In the context of Road Cut Permits, the most commonly applicable standard that applies to utility trenches is the R10 City standard. This standard is reviewed annually through the City’s Standards group to ensure that the specification is adjusted to match industry standards.

To ensure road cuts are reinstated in accordance with the Road Activity By-law, the City inspects the work before it is accepted.

In addition to this, the City collects Pavement Degradation Fees. This fee is established on a per square meter calculation of the trench. It is understood that even with the reinstatement of the road cut to City standards there will be a reduction in the lifecycle of the roadway because of the road cut. This amount is added to the annual road resurfacing budget for the City. Going forward there will be additional recommendations for larger resurfacing of longitudinal cuts. As part of this review the City has reviewed its current process and that of other municipalities and together with current legislation to develop a road cut resurfacing policy that will capture recently paved roads to implement a broader resurfacing on asphalt surfaces new and old by removing key aspects of known issues of degradation. In reference to the recent utility work undertaken at the corner of Rideau Street and Charlotte, the Right of Way Inspector has confirmed that the road cut was reinstated in accordance with the City’s R10 specification and is acceptable. There will not be a larger resurfacing as part of this work.

All utility cut reinstatement or trench restoration of roadways must follow Drawing R10 per the Ottawa Standard Tender Documents. Sidewalk restoration must follow other relevant standard drawings including (but not limited to) SC2 through SC6. In addition to City specific documents, utility contractors are required to follow applicable Ontario Provincial Standard Specifications & Drawings (OPSS & OPSD) to restore other affected infrastructure (e.g., guardrail).

a. Considering also the road experience, how does the City limit:

Yes, as part of the Road Activity By-Law update in 2019, the City introduced the requirement for the Permit Holder to submit a Road Cut Completion Report. Once submitted the City’s Right of Way Inspector complete a mandatory inspection of the Road Cut to confirm that it meets the City’s standards. Once accepted the Permit Holder’s two warranty begins. If it is not accepted the Contractor must address any deficiencies until the Inspector accepts the reinstatement. In situations where the contractor repeatably does not meet the City of Ottawa standards the City has the authority to restrict issuing road cut permits to this contractor.

The City continually works with the utility companies to coordinate work and minimize the road cuts in the City’s Right of Ways. Staff will also be monitoring the implementation and compliance with the expanded resurfacing criteria being introduced beginning January 1, 2022. Additionally, staff will be reviewing opportunities to further expand the applicability of these criteria to older pavements, principally through the renegotiation of Municipal Access Agreements as well as through discussion with the City’s Utility Coordination Committee.

Greenview Avenue to be resurfaced this fall
June 17, 2022