Parkways will be closed this weekend 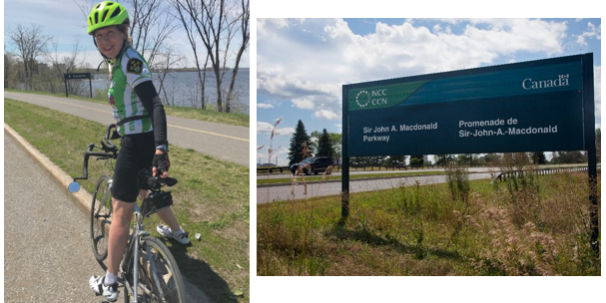 Canada’s Capital Region — In light of the Government of Ontario’s stay-at-home order, the National Capital Commission (NCC) is creating more outdoor space for exercise and will close for the. Along with the Queen Elizabeth Driveway, both the Sir John A. Macdonald and Sir George-Étienne Cartier parkways will be closed to motor vehicles, and open exclusively for active use.

Both westbound lanes of the Sir John A. Macdonald Parkway, located on the south side of the Ottawa River just west of the downtown core, from Booth Street to Carling Avenue.

Both lanes of the Queen Elizabeth Driveway, located on the west side of the Rideau Canal, from Fifth Avenue to Somerset Street.

Both lanes of the Sir George-Étienne Cartier Parkway, running along the south side of the Ottawa River, just east of the downtown core, between the Aviation Parkway and St. Joseph Boulevard in Orléans.

We will provide more information later this month on the parkway programming planned for the rest of the season including for the Gatineau Park parkways, following our recent online public survey.

The NCC asks the public to follow public health directives, as well as NCC preventive measures, at all times.