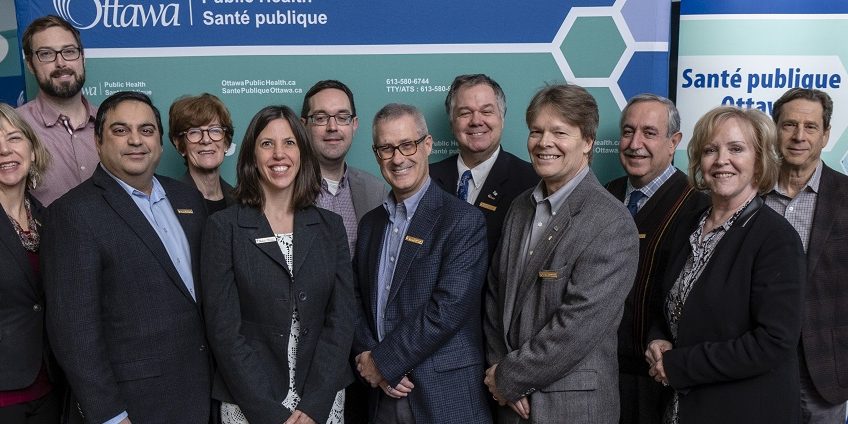 I am proud to be a member of the Ottawa Board of Health.  This is an essential organization in keeping our population healthy.  Here is what we discussed at the most recent meeting.

The meeting began with verbal updates from Councillor Keith Egli, Chair of the Board of Health, and Dr. Vera Etches, Medical Officer of Health.

In his update, Chair Egli talked about his February 14th visit to Ottawa Public Health’s (OPH) 100 Constellation offices and Councillor Leiper’s recovery following a heart attack while shoveling snow last month. He noted that Councillor Leiper had chosen to use this opportunity to shine a light on the importance of maintaining a healthy lifestyle and to inspire others to do the same. In this context, the Board viewed Councillor Leiper’s video message. Chair Egli then talked about the work of the Association of Local Public Health Agencies (alPHa), Member Cloutier’s recent participation at the alPHa Winter Symposium and the upcoming alPHa Annual General Meeting and Conference. In closing, he encouraged all Board Members to attend at least one such event during their term.

In the context of the discussion on alPHa, the Board also received a verbal report from Member Cloutier on his participation at the association’s Winter Symposium, held in Toronto on February 21, 2019.

In her verbal update, Dr. Etches recalled the February 26th Board of Health orientation session and the continued commitment to working on reconciliation with First Nations, Métis and Inuit peoples to promote health. She highlighted the launch of the City’s Official Plan review and OPH’s role in promoting healthy built environments. She talked about OPH’s partnership with other City departments in emergency preparedness and response and work currently being done to prevent, mitigate and help manage any risk of flooding this spring. She then reported on the successful Ottawa Summit on Opioids, Substance Use and Mental Health, held February 7, 2019. In closing, she touched on the recently announced provincial plans to shift approaches to health system governance, planning and funding, noting that no changes had been proposed in how OPH is governed or operated.

The Board then discussed the following items:

The Board of Health approved the OPH 2019 Draft Operating Budget, which will rise to City Council for final ratification on Wednesday, March 6, 2019.

In considering the report titled “Let’s Clear the Air (LCA) 3.0”, the Board approved an updated strategy to: prevent youth initiation of smoking, vaping and cannabis use; work with partners to reduce exposure to second-hand smoke and vapour; and increase supports for cessation. This report also included recommendations to strengthen smoking legislation and regulations at the municipal, provincial and federal levels.

The Board then approved OPH’s Submission to Health Canada on Proposed Regulations for Cannabis Edibles, Extracts and Topicals. This report outlined evidence-based recommendations to Health Canada for additional safeguards to reduce the risk of accidental ingestion by children, reduce the appeal of products to young people, and ensure products have easy-to-read and appropriate health statements for consumers to make informed choices.

Finally, the Board received, without discussion, a report titled “Update: Consultation on Opioids, Substance Use and Mental Health in Ottawa” and an Information Previously Distributed (IPD) memo titled “Update: The New Canada’s Food Guide”. If you have never attended a Board of Health meeting or watched one of the webcasts, I would encourage you to do so. You can find the videos here. Every meeting is webcast live and archived videos are posted online. You can also like us on Facebook and follow us on Twitter!