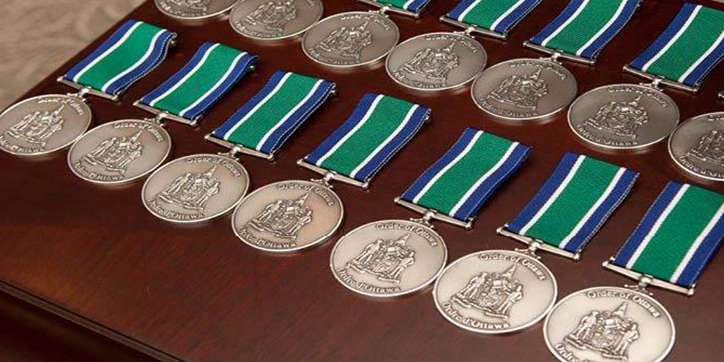 The City is now accepting nominations for the 2020 Order of Ottawa and the Brian Kilrea Award for Excellence in Coaching.

You can complete nominations for both awards either online or by downloading a nomination form from the Order of Ottawa award . The submission deadline is Friday, September 11 at 11:59 pm. Nominations will be considered every year for five consecutive years from the date of submission.

The Order of Ottawa recognizes the professional achievements and outstanding service of exceptional Ottawa residents – those who have made significant contributions, through their professional endeavours, to life in the city in any of the following areas: arts and culture, business, philanthropy, health care, education, public service, labour, communications and media, science, sports and entertainment and other fields that benefit Ottawa.

This prestigious civic award honours up to 15 of Ottawa’s most deserving individuals each year. You may nominate any resident of Ottawa who has made a significant contribution in a professional capacity that has been of benefit to our community.

The Brian Kilrea Award for Excellence in Coaching, which will be presented at the Order of Ottawa awards ceremony in the fall of 2020, recognizes the contribution of an amateur coach who exemplifies the qualities of leadership and commitment that have been the hallmarks of Brian Kilrea’s career. Mr. Kilrea is a retired hockey head coach, general manager and player, and is best known for his 35-year association with the Ottawa 67’s. He is a member of the Hockey Hall of Fame, has played and coached in the NHL and, with more than 1,000 career victories, is the most successful coach in Canadian junior hockey history.

You can find more information on both awards at ottawa.ca/orderofottawa.

Nominations by immediate family members, self-nominations, and posthumous nominations will not be accepted. Elected municipal, provincial and federal officials are not eligible while in office.

In the spirit of Giving Tuesday
November 25, 2022
Topics
Go to Top