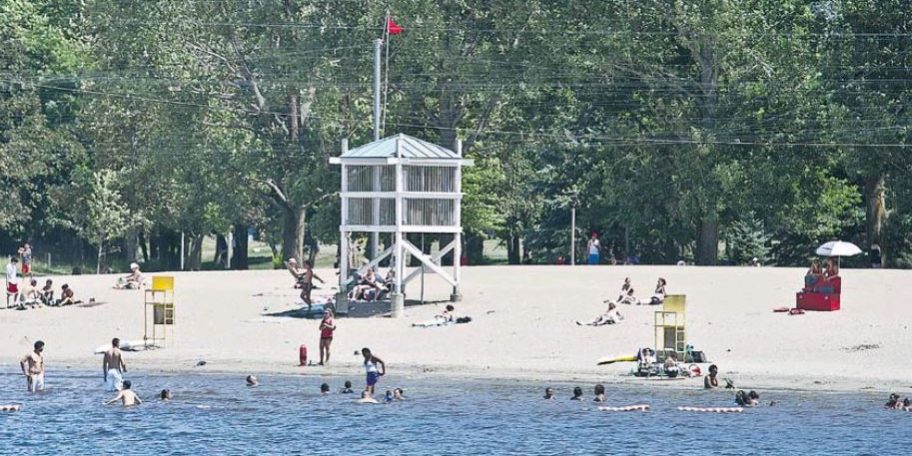 My colleague River Ward Councillor Riley Brockington and I met with Dan Chenier, the City’s General Manager of Recreation Cultural and Facilities Services, to discuss the gull deterrent system that has been in place at both Mooney’s Bay and Britannia Beach during the summer months .  The gull deterrent systems have been in place since spring 1991 and fall 2002 respectively. The systems were installed specifically to discourage gulls who tend to congregate over the beach area and subsequently drive up the e-coli counts in the waters of the designated swimming areas. The systems were designed based on the high visual acuity of gulls that allows them to see the wires and avoid them. Unfortunately there have been some incidents reported where birds have been caught and entangled in these wires. Because of these incidents we have requested that the wires be removed from both locations and that the funding from the installation of these wires be directed towards the addition of waste receptacles in the parks, increased waste removal times, as well as placing signage in high traffic areas asking people not to feed the birds. Staff have agreed to the requests and will not install the wires for the 2022 beach season as a pilot project and to monitor the impact on water quality closely to determine future direction.

From previous study results and monitoring it has been shown that gulls tend to assemble and occupy areas adjacent to beaches and parks, places where people tend to gather with food present. The gulls access the residual foodstuffs, and upon flight takeoff deposit bacteria causing waste over the nearby water. In the past other methods have been considered to discourage birds at these and other parks, including the placement of coyote decoys,  aerial hazing with drones, ground hazing with sound , the application of natural materials that repel birds, and the modification of shoreline landscapes.  Though these methods have had a beneficial impact on geese, they have not had much success with gulls that have very different flight and landing behaviors.

If you are planning to visit Britannia beach this summer please consider reducing the waste you leave behind by bringing it back home with you to recycle or compost if you can. And please avoid feeding the birds. These efforts will be a big help in keeping the water quality safe for swimmers and the beach free of bird poop.

Help the City of Ottawa and their partners learn about the Ottawa EV market!
May 6, 2022