News from the Office of the Auditor General for Ottawa 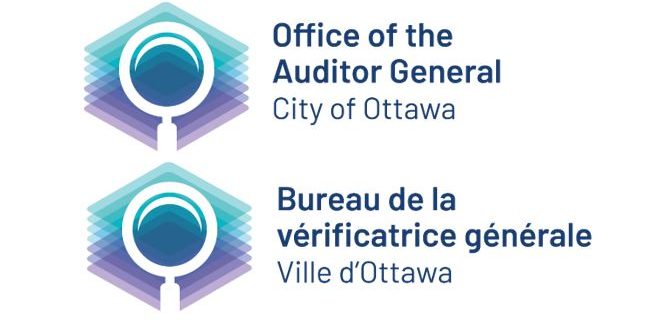 The Office of the Auditor General (OAG) has implemented a few new communication tools to connect directly with the residents of Ottawa as well as increase awareness of the work it performs and the value it brings to the City.  In order to distinguish the Office from the City, the OAG has developed its own logo.  The Office has also created English @oagottawa and French @bvgottawa Twitter accounts, and it will soon be launching its own website, separate from that of the City of Ottawa.  Join me in sharing the news of these new initiatives and, follow the Office on Twitter to learn more about the work the OAG does!

Councillor Kavanagh sits on the Audit Committee for the City.

On Tuesday, February 22, the Audit Committee received the first report for the audit of OC Transpo’s zero-emission buses, which is being conducted over several phases. The report focused on technology and performance, and Management agreed with all five of the Auditor’s recommendations.

The Auditor General confirmed that a thorough technical evaluation exercise was conducted as part of the procurement for the first four pilot buses, where the performance requirements defined for the buses are aligned to key variables and parameters of industry research and a sample of municipalities undergoing their own electric bus transformations. As the pilot continues, OC Transpo agrees with the recommendations around developing thorough control engineering tests, formalizing a performance measurement framework, refining the pilot schedule and tracking delays and risks. These recommendations will help the City build on its rigorous approach for the next procurement phase to ensure its modernized electric fleet meets the needs of residents.

The Audit Committee received the Auditor General’s report on the fraud and waste hotline. Of the 301 unique reports received in 2021, 31 of them were deemed to be substantiated. Investigations resulted in one employee being terminated, three resignations and 13 employees being suspended without pay.

The committee also received a report on the Audit of Ottawa Community Housing’s Development and Renewal Plan.

These reports will rise to City Council on Wednesday, March 9.