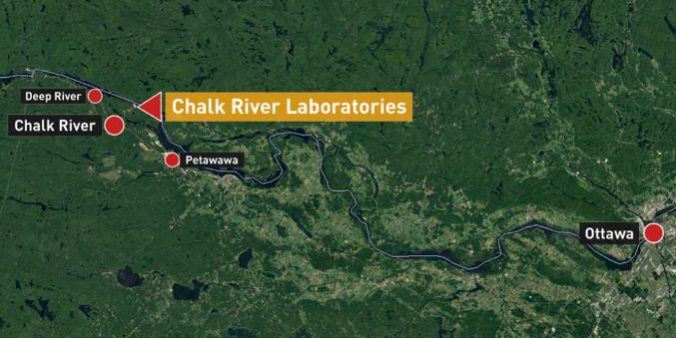 The purpose of bringing this motion forward to the Standing Committee on Environmental Protection, Water and Waste Management is to give all concerned parties and stakeholders the opportunity to express their concerns and information on this matter. There are a variety of delegates who will presenting to the committee on Tuesday, March 30th in addition to the numerous written submissions already received. The list of delegates includes the Council of Canadians , individuals with a scientific background and working knowledge in the field of nuclear waste and energy, as well as representatives from various community association including representation from the Community Associations for Environmental Sustainability (CAFÉ) .

We have many individuals and groups in our community who want to be heard. It is essential that we bring all the relevant information on this issue to the table so that we can have a full and informed conversation about it.

If you would like to speak at committee or provide and receive correspondence on this matter please contact the SCEPWWM committee coordinator Christopher Zweirzchowski at Christopher.Zwierzchowski@ottawa.ca  613-580-2424 x21359

WHEREAS Ottawa City Council is aware of the intention of the privately-owned Canadian Nuclear Laboratories (CNL) to build a Near Surface Disposal Facility (NSDF) for low and intermediate nuclear waste, including plutonium and high-activity cobalt-60, at the Chalk River Laboratories on the Ottawa River; and

WHEREAS we are on unceded Algonquin, Anishinabek territory; and

WHEREAS in May of 2017, the Anishinabek Nation and the Iroquois Caucus issued a Joint Declaration that stated their opposition to the abandonment of radioactive waste on their territory as they have an “intimate relationship to the land [and] waters” and believe that they “need to protect the lands, waters and all living things for future generations”; and

WHEREAS these planned waste facilities are likely to be increasingly subject to large-scale flooding and are located in an active earthquake zone; and

WHEREAS the NSDF “engineered mound” would cover an area the size of 70 NHL hockey rinks and hold 1,000,000 cubic metres of radioactive waste, including waste transported from former reactors and nuclear research sites in Manitoba, Quebec and Ontario, as well as highly-radioactive industrial wastes from private companies; and

WHEREAS CNL also proposes to entomb the Rolphton Nuclear Power Demonstration (NPD) reactor and its nuclear components in grout and concrete, less than 200 metres from the Ottawa River; and

WHEREAS the International Atomic Energy Agency says entombment is not an acceptable strategy for decommissioning nuclear waste; and

WHEREAS radioactive pollutants increase the risk of congenital disabilities, genetic damage, cancer and other chronic diseases in current and future generations; and

THEREFORE BE IT RESOLVED THAT Ottawa City Council oppose the creation of an above-ground mound for permanent disposal of radioactive waste less than one kilometre from the Ottawa River, our primary source of drinking water, and the plan to entomb the former Rolphton Nuclear Power Demonstration nuclear reactor in grout and concrete; and

BE IT FURTHER RESOLVED THAT Ottawa City Council direct the Mayor to write to the Ministers of Natural Resources, Environment and Climate Change, Infrastructure and Crown-Indigenous Relations, as well as the Canadian Nuclear Safety Commission and the Canadian Nuclear Laboratories to express the City of Ottawa’s official opposition to the two proposals in their current form, given the location and proposed designs; and

BE IT FURTHER RESOLVED THAT Council direct the General Manager, Public Works and Environmental Services (or his designate), to present the City’s opposition at the Canadian Nuclear Safety Commission’s hearings prior to final the consideration of the NSDF and NPD projects; and

BE IT FURTHER RESOLVED THAT the City Clerk be directed to share Council’s opposition with the Anishinabek Nation as well as the Federation of Canadian Municipalities and the Association of Municipalities of Ontario.

City’s Heat, Cold and Smog Planning Committee has new and updated resources to share with you
December 23, 2022