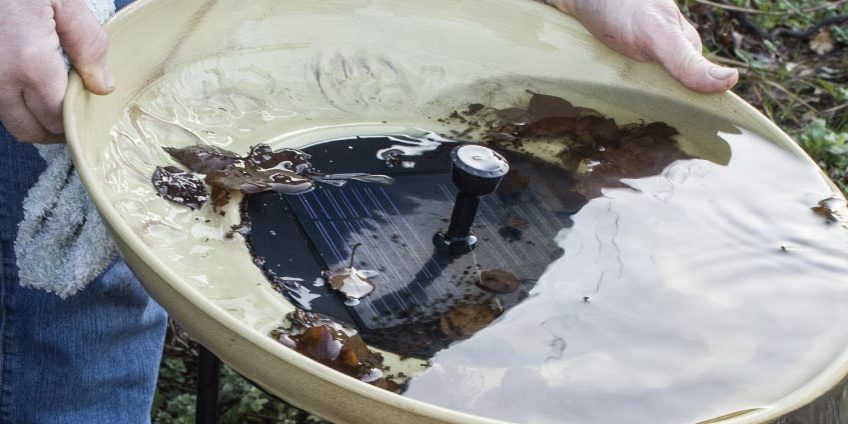 West Nile virus (WNV) is an infection spread by mosquitoes that in some people can cause serious illness. Each year from June to October, Ottawa Public Health (OPH) coordinates a WNV prevention program, which includes surveillance of the illness in humans, surveillance of mosquitoes, and treating water in storm water catch basins and certain surface water sites against mosquito larvae.

The mosquitoes that spread WNV lay eggs in any standing water, no matter how small, that may be around for a week or longer. The water at the bottom of catch basins is a favoured location. City catch basins are treated with larvicide either once or three times per season depending on the formulation used. The larvicide used in catch basins targets mosquito larvae and does not have any impacts on humans. A different larvicide that also has no impact on humans is used on surface water.

Surveillance of mosquito species involves the once a week placement of approximately 30 strategically placed mosquito traps across the City. Mosquito species composition and prevalence of WNV is analyzed. The results are used along with other risk factor data, such as temperature, history, etc., to fine-tune OPH’s WNV program.

OPH is sympathetic to residents facing nuisance mosquitoes in their neighbourhoods; however, OPH’s programming initiatives focus on population controls only for those species of mosquitoes known to transmit WNV to humans, and not the remaining species. Mosquitoes species bred in spring floodwater pools, typically are not competent vectors for WNV. This means spring mosquitoes, particularly in rural/semi-rural areas, are a nuisance but are not a concern for carrying WNV.

Research has consistently found that WNV is most prevalent in urban settings. This is because the mosquito species Culex pipiens/restuans associate themselves with human habitats where standing water in small containers and objects is constantly available to lay eggs in, and peridomestic birds, such as sparrows and American robins are plentiful to feed on. These two bird species in particular can get infected with WNV and pass the virus back to mosquitoes, without themselves becoming severely ill. The prevalence of WNV in mosquitoes is amplified as it is transmitted in the mosquito-to-bird-to-mosquito cycle.

In summary, while OPH’s WNV program operates across the City, current/historical results and analysis of the mosquito traps clearly show that in rural and semi-rural areas, nuisance mosquitoes predominate, and that those that carry WNV are much more associated with urban and mature suburban areas. OPH recommends that residents lessen the number of mosquitoes around their properties by reducing or eliminating areas or objects that can accumulate or retain water. Here are some suggestions to reduce mosquitoes on your property:

Keep mosquitoes out of your home:

Protect yourself against mosquito bites:

As the summer progresses, OPH will continue to monitor the yields and analyses of trapped mosquitoes, as well as the results of tested surface waters, and adjust our WNV program should further public protection be required in a given area.