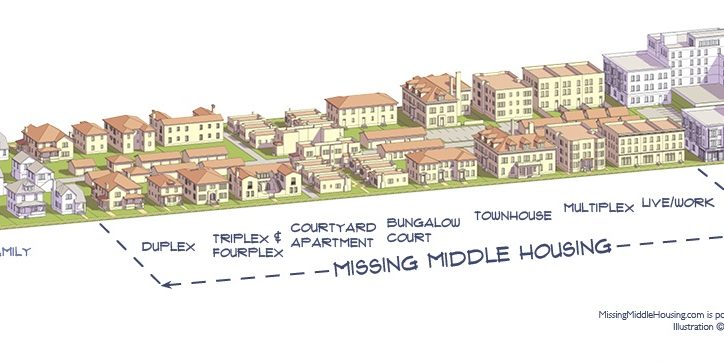 The R4 Zoning Review began in January 2016 in response to the continued development of buildings in the inner-urban area containing unreasonably large dwelling units that operated as unlicensed rooming houses, commonly known as bunkhouses.

The project is proceeding in two phases.

R4 Phase 1 concluded in June 2018 with a series of zoning amendments that closed zoning loopholes and clarified definitions. As a result of these zoning changes, further bunkhouse development is now illegal city-wide.

• A shift in industry behaviour away from the problematic multi-bedroom model;
• An improvement in designs submitted to the City, resulting in submissions that now “look” more like proper residential buildings both in floor layout and exterior design;
• More reasonable, site-specific variances that are more in line with the intent of the Zoning By-law amendments; and
• No demand for oversized dwelling units.

R4 Phase 2 will address the broader housing pressures as well as the misaligned zoning regulations and approvals procedures that discourage more appropriate and compatible low-rise multi-unit housing in the R4 family of zones. Such housing is supported by the Official Plan and would meet demand for a “missing middle” range of quality, affordable mid-density infill housing suited to a wide range of households, tenures and incomes.