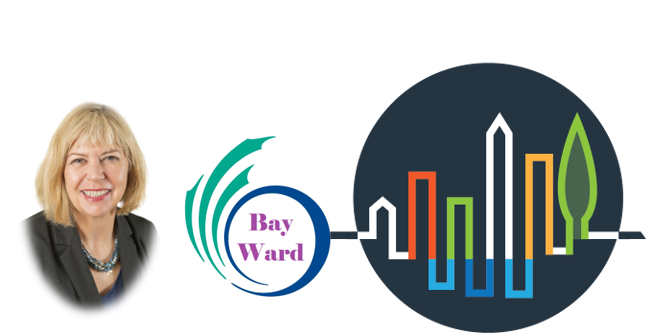 What does the City’s Official Plan mean to Bay Ward?

The Official Plan is back in the news as city staff sort through the extensive feedback they have received on this ambitious plan to manage growth in our city.  Many residents are concerned how intensification will impact their community.

Last November the City of Ottawa released a new draft Official Plan – the blueprint of how we are planning the future look of our city for the next 25 years.  It is a large document of 263 pages plus dozens of maps and schedules.  It is full of technical terms, such as transects, regeneration, hubs and overlays.  The draft plan divides Ottawa into sections or “transects” such as downtown, inner urban, outer urban, suburban and rural, there are different planning policies for each.

In the new draft Official Plan, Bay Ward is proposed to be designated as half inner urban and half outer urban, with different policies for each area or “transect”. Inner Urban will see more growth although Outer Urban can also accommodate infill and intensification opportunities.  Ottawa is expected to absorb 40% more in population by 2046, an increase of 400,000 people, which means more homes of all types throughout the city. There are six major hubs defined for Bay Ward located at our new rapid transit stations where intensification (or regeneration) will be encouraged.  Moodie station is not designated as a major hub since it is part of the Greenbelt.

Last May, City Council voted that 60% of housing growth will be within the current urban boundaries, and 40% will be new developments in greenfields on the outskirts of the city.  To accomodate the increase in our population, approximately 120,000 new homes are to be built in existing urban communities across the city. This is to be achieved through intensification: infill homes, duplexes and semis, low-rise apartments, and high-rise towers which should be integrated into communities in consultation with residents.

While the new draft Official Plan proposes policies to intensify, it also looks to preserve green space and protect our tree canopy.  This will also be challenging, but possible with strong planning policies. If you’ve visited a successful large city, you likely remember it for its green spaces and parks as much as its buildings.  Green space is precious and necessary for our health and wellbeing and must be integral to our planning.

Some Bay Ward community associations have put together their thoughts on the new draft Official Plan and submitted these to the City.  This is valuable since they have a perspective that is unique to their area and they understand the effects the proposed policies will have on their communities.  Their common concerns are preserving and or expanding green space, as well as, preserving or multiplying our tree canopy.   Bay Ward has seen tree loss with the construction of the Stage 2 LRT and the building of infill homes that did not protect existing trees.  The promise of the 2-to-1 ratio replacement in planting new trees is a goal that must be met. Our tree canopy is essential to our personal health and the health of the environment.

Under the new draft Official Plan much of the new urban development growth will be close to transit stations such as Lincoln Fields shopping mall, where apartment towers will be built on what was once an expanse of asphalt.  There is currently a secondary planning study for the Lincoln Fields area which involves community participation in the proposed re-development of this area.  Other secondary plans centering on transit hubs at Queensview/Pinecrest and New Orchard/Sherbourne are to be established.  My goal is to ensure local community priorities are part of the process as secondary plans mesh with the overall New Official Plan policies.

There is also the potential of more intensification along arterial main streets, but they need to be mindfully planned to be successfully integrated into the surrounding communities. The other major challenge to our city is creating new housing that is affordable for young families.  A current housing shortage has driven the price of land for homes up in Ottawa but and across the country.  Infill housing is happening in our Bay Ward communities, but it is not affordable for many. Our city wants to encourage what is called the “missing middle” of housing, through multi-residential low-rise buildings or stacked townhouses for families that can be integrated into existing communities.

One proposal is called the 613 Flat: a low-rise building model that contains 6 rooms, 1 bathroom and 3 bedrooms.  This type of development is being presented as one that fits the needs of a family without the price tag of a single-family home or having to live further out in the suburbs.  As the new draft Official Plan outlines, there needs to be elegant designs for this type of housing that can blend into existing communities.  The question is will developers build this type of housing if it is less profitable?

It should be noted that Bay Ward has a significant number of condominium and rental apartment towers already in the community and has the largest percentage of seniors not only in the city but in the country (next to Victoria B.C.). Many of them live in these buildings.  Our future planning needs to reflect the further growth of our senior population and create dynamic multi-generational communities that blend housing for seniors with housing for young families.

Bay Ward has some older city infrastructure which will need to be upgraded as regeneration of its neighbourhoods takes place.  Although parks and recreational infrastructure is not part of the new Official Plan, there will need to be future plans for public facilities that keep pace with this urban population growth such as mini-community centres and vibrant parks features. I am encouraging staff to review the need for parks and recreational infrastructure in our upcoming Parks and Recreation Facilities Master Plan.

Soon City staff will be sharing the “As We Heard” report which will contain the input and recommendations received from residents and community groups on the new draft Official Plan.  The draft Plan is not finalized – there is still opportunity to work out concerns and integrate suggestions from communities.  This feedback is important as our city continues to evolve.    I will be recommending that City staff continue to engage with residents and to answer questions on how we move forward to address community concerns while accommodating growth and creating better neighbourhoods for all.