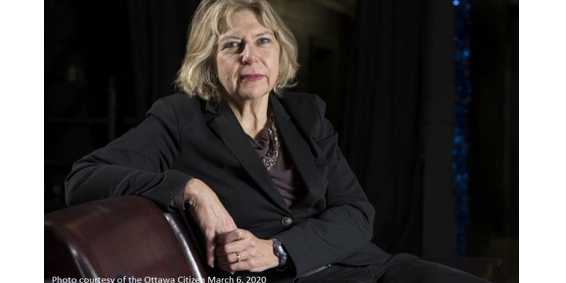 This week City Council voted to add 1,281 hectares of land to our city urban boundary and designated where those lands would be located.  This was based on a decision made in May 2020 that Ottawa would expand its urban boundary to absorb 40% of its projected growth while 60% of its growth was to be done through intensification within the urban boundary.

Despite much opposition (including myself) a new satellite community called Tewin was ultimately approved by Council as a large part of this urban boundary package.  I opposed this development based on City staff recommendations regarding this site that stated this land was of the lowest quality with poor soil and drainage in addition to its extremely weak transit and infrastructure connectivity.   The Tewin lands are located east of Leitrim and west of Carlsbad Springs, some of which are owned by the Algonquins of Ontario. My concerns were not related to the ownership of the property (which included a partnership with Taggart, a prominent development company) but with the cost of developing this property and the concern for  increasing greenhouse gas emissions from a development that will have almost no possibility of being on a rapid transit line connection.  It will be many years before this property is developed and we find out then its true costs.   In the meantime City staff are to work with the Algonquins of Ontario to identify specific parcels for development and recommend them later this year when the Joint Planning Committee and Agriculture & Rural Affairs Committee considers the City’s draft New Official Plan.

It is a fact that the City needs to add enough land for anticipated new households to comply with the Provincial mandate of providing a 15-year land supply to accommodate growth. Last May Council approved selection criteria for determining which lands should be added to the urban boundary.  By choosing the Tewin property Council deviated from its own policies.

Back in May 2020 Council also approved higher intensification targets in existing communities that will lead to 60% of new units being provided through intensification between now and 2046.  This will mean eventually more infill housing in neighbourhoods in Bay Ward, with much of it being near our new Stage 2 LRT stations.

Coupled with rules requiring minimum densities in new neighbourhoods, the new lands approved by Council will mean Ottawa now has reasonable alternatives to accommodate growth to the end of this century without requiring further urban land expansion. That will help protect important agricultural and natural heritage lands outside the urban boundary.

It should be noted that, at the Council meeting, one parcel of land in Riverside South rated as agricultural land, was re-designated to be developed.   My intention was to vote against this due to its agricultural designation, however City staff pointed out that this land also fell within the walkable zone for the upcoming Stage 2 LRT station.  This land is owned by developers and despite its agricultural classification it would likely not be turned over to agricultural use. This is an unfortunate reality.  After much debate I joined my Council colleagues to unanimously support this re-designation. It was not an easy vote but it means better density near rapid transit – one of the City’s goals.

It was a controversial Council meeting given the issues and I wanted you to know the rationale for my votes on these matters.