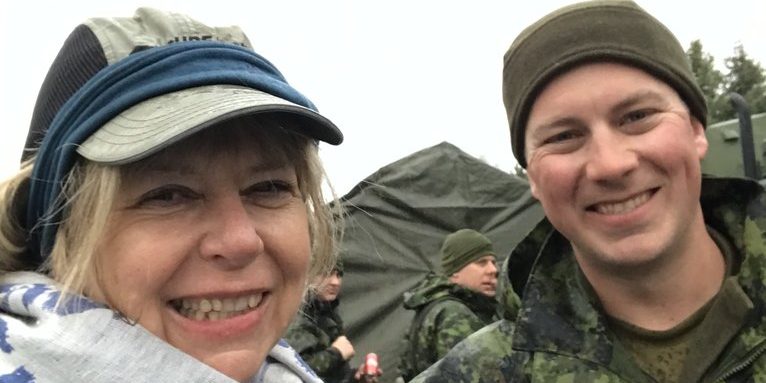 Since Easter weekend Bay Ward communities along the river have been on flood alert and just yesterday we finally saw a drop in the water levels.  This was good news for the communities of Britannia Village, Belltown and Crystal Bay.  I spent much of my week patrolling around these neighbourhoods, mostly by bike, to check on the status of the three major sites that were teaming with dedicated community volunteers.  What an amazing sight to see!

Despite the complexities of this situation there was very good cooperation between the many jurisdictions responsible for different aspects of the flood situation.  I want to emphasize how important it was to have strong communications, and the ability to work together as a team.

In Britannia, we had the Rideau Valley Conservation Authority who were responsible for building the berm, working with the community association, and the City.  We also had the assistance of many dedicated volunteers, who stepped in to help out with filling sandbags.

In Crystal Bay, community members commented on how happy they were to have the assistance of both the militia and the many enthusiastic volunteers in their community.  This effort was coordinated by the City of Ottawa. The City departments involved included Public Works, Ottawa Public Health, Emergency Services, and By-law.   These departments worked throughout Bay Ward and the other effected wards.

In Belltown, the National Capital Commission, who is responsible for the bike path between Britannia and Andrew Haydon park, worked closely with the Belltown Community Association and City Public Works staff.  As well, there was an army of amazing volunteers filling sandbags and stacking them along the path.  I am truly grateful for the cooperation of all these participants in preparing for flood conditions.

The City asked the militia to do the sandbagging of Cassels Street leading to the Britannia Water Filtration Plant to ensure the route was not in danger of flooding. It was important that residents were assured that their drinking water was safe.  I was privileged to have a tour of the filtration plant. I saw how well it was functioning. I also observed all the backup measures that are always in place in case of emergency.  This visit confirmed my confidence in the quality and reliability of this important City infrastructure.

The City of Ottawa staff did an excellent job in setting up a central dispatch area for volunteers at Britannia Park. The City also collaborated with OCTranspo to ensure there was a shuttle which took volunteers to the three Bay Ward work sites.  I want to thank the Salvation Army for providing warm food and drinks to the volunteers.  I also want to give a shout out to the many volunteers who brought food to volunteer workers.  It was such an outpouring of love and care towards residents in distress.  I can’t help but feel encouraged by the spirit and warmth of our broader Ottawa community who stepped up to the plate during these uncertain days.

Is it over now?  This is difficult to predict since Mother Nature does not share her agenda in advance.  We must continue to be ready in case the waters rise again. The surplus sandbags are stacked and ready.  In the meantime we hope the many volunteers who filled them get a break.  My office will continue to keep you posted on the next steps.  Eventually we may be putting out a call for a cleanup.

In the meantime thanks again to all who participated in this community effort during the flood response.  Your efforts were truly appreciated by the communities.