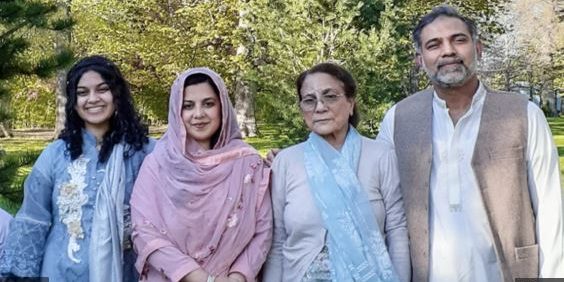 As a city councillor my heart is heavy and frankly, horrified regarding the news of a deliberate attack on a family standing on a corner of the street.  This is a hate crime and it is incomprehensible that this is happening right here in Ontario in a city not much different from ours.

As a society we cannot let hate prevail and we must leverage the strength and power within our communities to eradicate such heinous acts.

We grieve individually and as a city with our Muslim brothers and sisters at the recent events that occurred in London, and sadly recognize that this is not an isolated event.

We must continue to promote dialogue and encourage compassion, kindness and understanding in our daily actions as elected officials and as a City. My colleagues and I will work with the City of Ottawa in identifying and challenging systemic racism in our policies and practices. We commit to countering the surge of interpersonal hate and strive for a more just and equitable society.

I hope you will all join with me in condemning this senseless and targeted violence against persons based on their religion.

On June 9th, City Council passed a motion to condemn the recent fatal hate crime against the Afzaal family in London, Ontario. The motion is included below.

Re: Condemnation of Islamophobic Attack in London, Ontario

WHEREAS a horrific and deliberate terrorist attack on a family, killing 4 members of the Muslim community who were targeted simply because of their faith occurred in London, Ontario on 6 June 2021; and

WHEREAS the City of Ottawa condemns all forms of racism and recognizes the pivotal role that municipal Government plays in identifying and challenging systemic racism; and

WHEREAS the City of Ottawa has committed to this work by establishing an Anti- Racism Secretariat which will see the development of a City-wide Anti-Racism Strategy; and

WHEREAS, in the early proposal for the Anti-Racism Secretariat, Islamophobia was identified as one of the key types of prejudice and discrimination that needs to be addressed in Ottawa; and

WHEREAS the incidents of hate crimes have increased in the Ottawa community, and Statistics Canada reports that in 2019, hate crimes targeting the Muslim population accounted for 30% of all religion-based hate crimes in Canada;

WHEREAS there is no place for Islamophobia or any sort of hate in our society.

THEREFORE BE IT RESOLVED that Ottawa City Council unequivocally condemn the terrorist attack on the Afzaal and Salman Family in London, Ontario, grieves with the Ottawa Muslim community and re-commits the City to identifying and challenging systemic racism in our policies and practices.