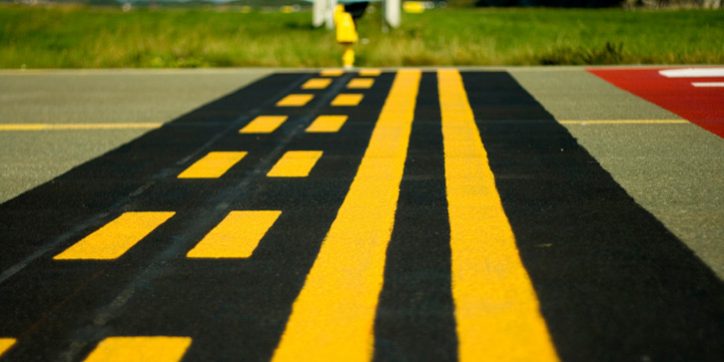 At the end of the 2018 pavement marking season, City forces were dealing with a significant buildup of capital construction and resurfacing projects that were ready for pavement markings.  Contractors were hired to assist with completing the work, but unfortunately weather hampered our ability to complete a number of road segments in the City.

On Maitland Avenue, transverse (stop bar and crosswalk) markings were completed but the longitudinal (centerline and lane line) markings were not.  The centerline and lane lines along Maitland were however marked with tape at regular intervals to provide some guidance to drivers until such time as permanent markings could be installed.  The opportunity to mark the roads at this time of year has regrettably passed.  Completing the longitudinal markings will be prioritized at the start of next year’s pavement marking season (when our staff return) in early May 2019.

Pavement markings fulfill an important guidance function for driver’s but they also come with limitations related to their visibility and durability. Pavement markings are not necessarily clearly visible on wet pavement, and can be obscured by snow, or by accumulations of debris, dust, dirt, and dry salt (during the winter).  Yesterday’s weather is a good example of this.  Driver’s need to be mindful of these limitations and slow down when these types of conditions exist.  In Ottawa, we receive precipitation on approximately 161 days per year so this type of advice needs to be heeded.

For the most part, Ottawa drivers seem quite good at adjusting their driving to meet the prevailing road conditions.  It is however reasonable to assume that not all drivers will do so and some (other) drivers will inevitably feel less secure on the roads.  Staff have been asked to assess the conditions on Maitland Ave to get a better feel for how well drivers’ are keeping in their respective lanes (particularly around the curve) in less than ideal conditions.  The result of that review (expected to be completed shortly) should help determine if other traffic control measures need to be implemented between now and May of 2019.