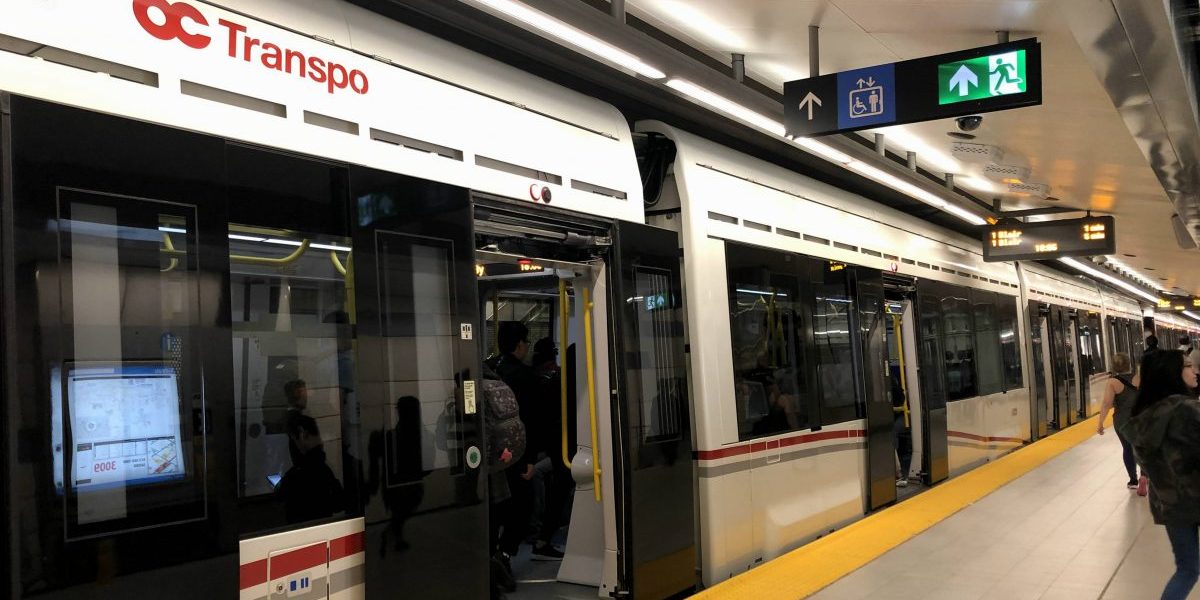 With respect to yesterday’s train disruption, in lay terms, was anything physical “broken” when the passenger held the door open? That is, was the door’s continued inability to operate when technicians went to fix it the result of a mechanical failure, or was it a programming issue?

Is the affected train operating now? If so, what was done to fix it? If not, what issues specifically are being addressed with it to fix it?

The Alstom Citadis Spirit Light Rail Vehicles used on Line 1 have four safety features built into their doors that are designed to ensure the safety of passengers. They are:

These four measures are designed to prevent a train from departing a station in an unsafe condition, for example if the doors are not fully closed or there is an obstruction preventing the doors from closing. Safety is paramount. Line 1, like all rail systems, operates within strict industry standards and operating procedures, laws and best practices.

When doors are pushed, held or pried open, these safety features operate to hold the door in an open position until this issue is resolved. In many cases the Electric Rail Operator (ERO) can attend to the door and then the train can continue in operation. In some instances, the operator may be unable to reset the door, at which time the train must be removed from service until a technician can rectify the problem. The train cannot move until the doors are clear and can fully close. It is important to note that when the door experiences an obstruction, it is not physically broken, but rather advises the operator of a condition that requires attention. The doors are programmed to alert the operator if they are not able to fully close or if there is an obstruction.

Out of approximately 489 trips per day and 14 doors per train, doors open over 86,000 per day on Line 1. One of the most common issues for all rail operations are door faults, so in preparation for launch, staff received specialized training and practiced by completing several technical drills.

When there is an interaction with the door or something is obstructing the door, OC Transpo has a tiered response system to restore the door to service. The ERO first tries to close the doors, if a visual check shows them to be clear of obstruction. If they cannot close the doors, the second response is to try to lock the door in a closed position, which would allow the train to resume service with the affected door isolated (not in service). The third response is to remove the train from the line.

The door fault that occurred on October 8 at uOttawa Station was caused by a customer holding the doors open, when they were closing. The doors were not broken; however, the train was removed from service so that the doors could be reset.  Both the ERO and a technician on site were unable to resolve the issue. This meant that the train was cleared of passengers and the train was returned to the maintenance facility. Once the error was rectified and the door was reset, the train was put back into service. During this time, the Transit Operations Control Centre implemented a diversion, which meant service continued but on a single track between uOttawa and Hurdman stations.

OC Transpo has also launched a train-specific customer etiquette campaign with the opening of O-Train Line 1. Messaging is in stations, in the trains and on social media. One of those train etiquette messages is about doors; it asks customers not to hold the doors, as it can be unsafe and will cause impacts to service. Markings on the platform floors have been installed at all stations to help customers know where to stand for efficient exiting and entering of train doors, which will help minimize interactions with the doors.

Staff have been actively monitoring dwell times at all stations throughout Line 1 and adjustments are being made to extend dwell times (the time the door open) to minimize potential customer interactions with the doors. Specifically, at stations such as Parliament, uOttawa, Hurdman, Lyon and Rideau stations, dwell times have been adjusted during each peak commuting period. Staff in the Transit Operations Control Centre adjust dwell times at these stations and other stations, adding time as necessary based on customer volumes observed. In the coming weeks, staff will continue to monitor customer volumes and implement adjustments to dwell times, as needed.

OC Transpo is also working closely with RTG and Alstom, the manufacturer of the vehicles, who are investigating possible modifications that can be made to door settings to reduce the number of door related delays, while at the same time maintaining the highest degree of safety for our customers. In response to your request regarding what is being done to address the issues with the doors, the attached slides, as presented at the November 6 Transit Commission meeting, outline the corrective actions that have been taken and the plan to address any ongoing issues.