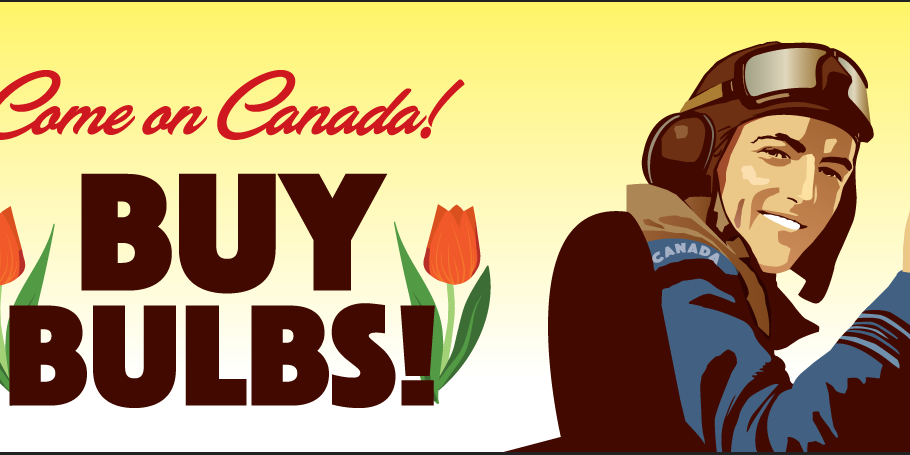 The Canadian Tulip Festival together with their partners, the National Capital Commission (NCC), the Embassy of the Kingdom of the Netherlands and KLM Royal Dutch Airlines, are getting ready to mark the 75th Anniversary of the Liberation of the Netherlands in the spring of 2020 by introducing the Liberation75 Tulip, a limited-edition bright orange, mid-early blooming tulip with crown-shaped petals.

Order your own Liberation75 Tulips

The goal of the Liberation75 Commemorative Planting Campaign is to plant 1.1 million tulips across Canada to honour the 1.1 million Canadians who served in the Second World War.

This morning, Mayor Watson purchased one of the first bags of 15 Liberation75 tulip bulbs. The City of Ottawa also purchased 300 bulbs – or 75 tulips per bed, which will be planted in front of the Heritage Building at City Hall to mark the 75 years since the liberation. He is challenging all residents and businesses of the Ottawa region to use their lawns and gardens to help us match the NCC’s planting of 100,000 Liberation75 tulips this fall, so we can paint the town orange next spring and offer the warmest welcome to our Dutch friends who will be visiting for the occasion.

When the Netherlands was invaded during the Second World War, Dutch Princess Juliana and her family were forced to flee. The family was given a warm welcome in Ottawa, where they lived throughout the war. In 1943, the bond between Canada and the Netherlands was made even stronger, when the Princess’ third child, Margriet, was born at the Ottawa Civic Hospital.

In the occupied Netherlands, the Dutch people experienced hardship, oppression and starvation. In 1945, their ordeal came to an end as the Allies advanced across the country. Canadians played a significant role in the liberation of the Netherlands, an accomplishment for which the Dutch are still thankful today. After the war, the Dutch people and Royal Family expressed their thanks to Canada by sending 100,000 tulip bulbs. The Gift of Tulips became a yearly tradition. The Dutch Royal Family and the people of the Netherlands still send 20,000 bulbs to Ottawa annually, and this year repeated the original gift of 100,000 tulip bulbs! See this ceremonial gift being delivered from Princess Margriet to Canadian Veteran Don White.

Join us in celebrating and honouring our veterans, and the 75th anniversary of this longstanding friendship. 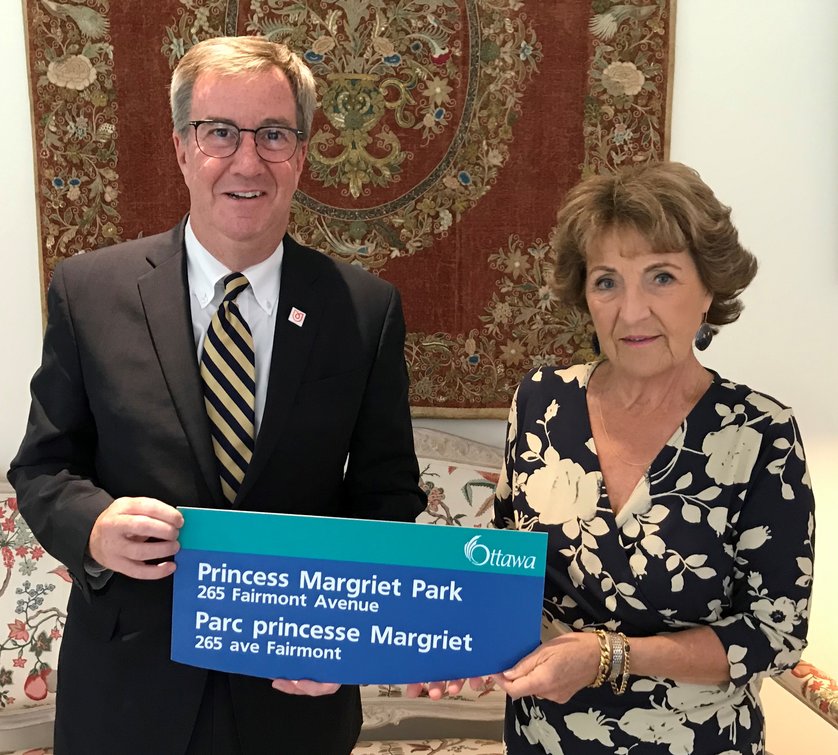 Mayor Watson expressed his wish for the Princess to visit Ottawa in 2020, to celebrate the 75th anniversary of the Liberation of the Netherlands. The Mayor also proposed renaming Fairmont Park, which is in proximity to the Ottawa Civic Hospital, after Princess Margriet, to commemorate her history in Ottawa. Later this fall, the park will feature a dedicated Liberation75 tulip garden, where the City will plant 1,945 tulips, marking the year of the Liberation.