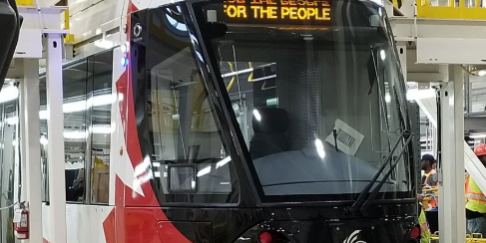 On Friday March 22nd, Councillor Kavanagh attended the important announcement by the Ontario Government. They will provide the City of Ottawa with a maximum of $1.208 billion to build the Ottawa Stage 2 Light Rail Transit (LRT) project.

The Ottawa Stage 2 LRT project will be capable of reaching a future capacity of up to 24,000 passengers per hour, each way during peak periods.

The Stage 2 LRT project will add 44 kilometres of new rail and 24 new stations, and consists of three light rail extensions: