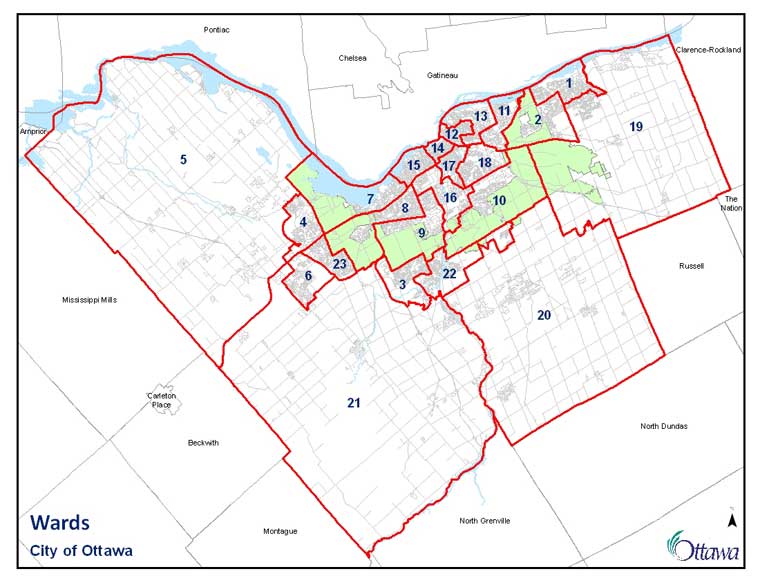 The City of Ottawa is reviewing its ward boundaries. The last major review was completed in 2005 and established the city’s 23 wards.

Ward boundaries must be reviewed periodically to balance population numbers and achieve other components of “effective representation,” as established by the Supreme Court of Canada and Ontario’s Local Planning Appeal Tribunal (formerly the Ontario Municipal Board).

Public consultation for the Ward Boundary Review will occur in two rounds. The first round (March 4 – April 3, 2020) is aimed at receiving input from residents, key stakeholders and Members of Council on the City’s current ward boundaries. This round will result in an Information Report setting out new ward boundary options, which will be considered by the Finance and Economic Development Committee and Council in Q2 2020.

Nine public consultation sessions have been scheduled at facilities across the City as follows:

The Consultant Team will be at each of the Public Consultation Sessions to provide a project overview, answer questions and receive feedback. In addition, a survey will be available for residents to complete and submit.