Nelson House of Ottawa – Carleton, an emergency shelter for women and children, is delighted to bring back its celebratory Fall Tribute dinner this year on Thursday, November 21, 2019 at St. Elias Centre.

Together, let’s salute and pay tribute to a proud Canadian, Maureen McTeer, who has worked tirelessly to advocate and support gender equality in Canada. Her commitment to defend women’s healthcare, reproductive rights, and her outstanding accomplishment as a best-selling author are just some of her many achievements!

Your presence at the event will not only honour Maureen’s strong work as a women’s advocate but will also support the operations of Nelson House. The funds raised will help assuage costs associated with beds not covered by government funding. Nelson House has 20 beds available to women in need, but only 15 of those are funded by the government. The House is often operating over capacity. Nelson House not only provides safety for women and children who are being abused but also works closely with groups and individuals towards ending violence against women. 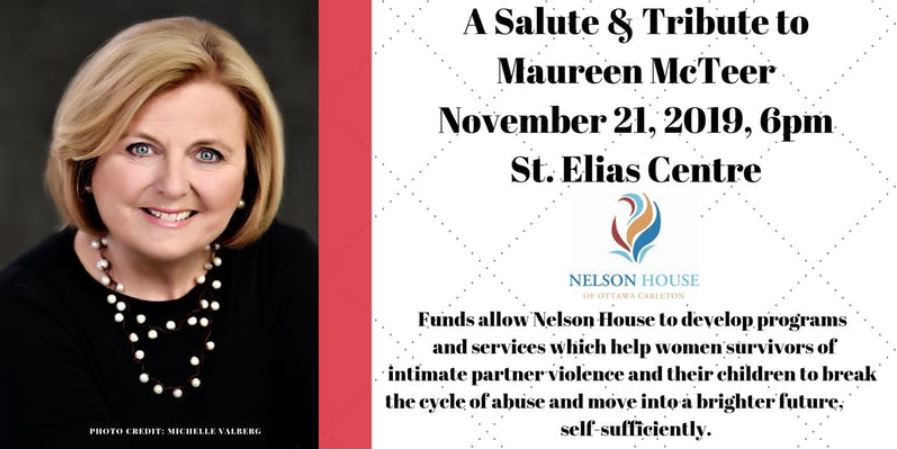