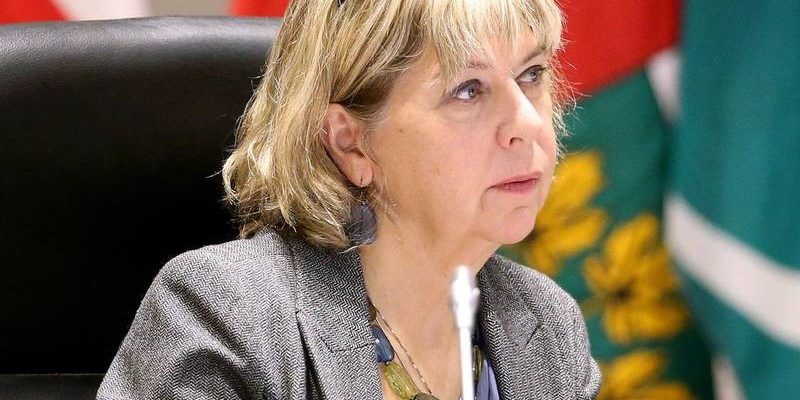 We are now heading into the third week of the Truck Convoy Occupation and although some progress has been made the end is still not in sight.  There is nothing more frustrating than feeling helpless in a situation that is harming our city and country. This is an occupation that grew because the determination of those involved was underestimated.

The truck blockade has been incredibly difficult for those living and working downtown but it has also had a profound affect on residents across the city including Bay Ward. Since the beginning of this occupation my office has been inundated with emails, from people both near and far. We have heard from residents who want nothing more than this occupation of our City to end, as well as from others who support it.

At the City Council meeting held this past Wednesday I put forward a motion, in relation to the occupation of the downtown core, seconded by my colleague Councillor Rawlson King, that the City Solicitor review the possibility of pursuing an injunction on fire hazards such as open flames and use of jerry cans and advise Council of his findings as well as any other potential options going forward at the earliest opportunity.  Councillor Catherine McKenney made a welcome friendly amendment requesting that idling also be included. The motion passed on unanimous consent.

I am pleased that the Premier and his government have finally listened to our city’s call for help, and after two weeks is realizing the seriousness of our situation.  At the time of writing this message the details of the provincial state of emergency have not been confirmed as the cabinet had not yet been convened.  The City will be reviewing the emergency orders as they are enacted and I will share more information on the impact of this announcement to our City once details are received. The City of Ottawa asked for the partnership of both the provincial and federal governments to work to end this occupation. If we are going to make any headway in having our City returned to us, we need the cooperation of all levels of government.

A special City Council meeting has been called for Monday, February 14 at 11 am, where we will have the opportunity to discuss the Provincial declaration as well as receive updates on the impact the demonstration has had on the City’s residents and businesses. In addition to this a memo was provided to City Council earlier today about the City’s intent to obtain an injunction in respect of the by-law violations arising out of the ongoing protests. More information will be provided on this to Council and I will be sure to share this with residents.

Protests and demonstration are a democratic right but there needs to be a distinction between a protest and an occupation which we are now experiencing in our downtown.  My priority is the safety and mental health of the residents of our city effected by this occupation and, from what I have heard from the majority of Bay Ward community residents, this is your priority too.

I will continue to speak out on the importance of vaccinations and public health protocol to prevent the spread of the COVID19 virus.  This will ensure the protection of the vulnerable and the well being of all far better than an 18-wheeler truck blocking our streets.

Residents will be able to watch Monday’s City Council meeting on Youtube, rogerstv.com or RogersTV Cable 22.