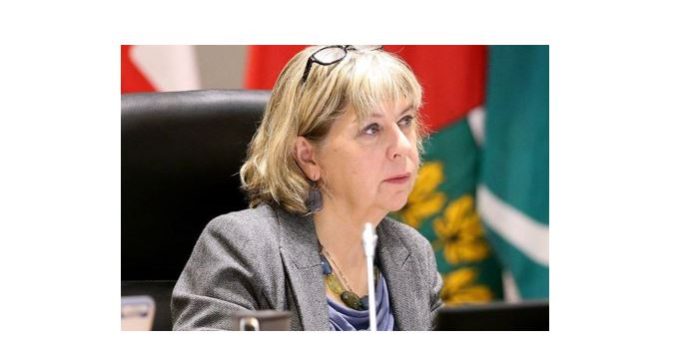 In October 2021, I wrote an op-ed article for the Ottawa Citizen calling for a public inquiry into the Light Rail Transit system.  I was concerned about the lack of information available to councillors and the public.  I appreciated that the provincial government set up an inquiry and on November 30, 2022 we received the very damming report on the LRT governance.  This fulsome report stated what councillors and the public should have been informed about but were not.

This week we received The Honorable William Hourigan’s report on the Ottawa Light Rail Transit Public Inquiry. The inquiry looked into a broad scope of Stage 1 LRT elements. These included; design, contractual agreements, testing and commissioning, city governance of the project before and during substantial completion, relationship between the City of Ottawa and Rideau Transit Group (RTG), and safety issues that arose along the way.

The Commission’s primary role was to provide answers about what happened and why, and to make recommendations to avoid a repetition of the project’s problems. While human errors can be anticipated, deliberate malfeasance is unacceptable in a public project. When participants deliberately mislead the public regarding the status of a public undertaking, they violate a fundamental obligation to act in a manner that furthers the broader public interest. There are two instances in the OLRT1 project that amounted to egregious violations of the public trust.

First is the conduct of RTG and Ottawa Light Rail Transit Constructors (OLRT-C) in providing estimated completion dates that they knew were entirely unrealistic with the goal of increasing commercial pressure on the City. The deliberate communication of unachievable dates compromised RTG’s commercial position with the City and increased the mistrust that developed between the parties. It represents a troubling lack of concern for the fact that this misinformation adversely impacted the daily lives of hundreds of thousands of Ottawa citizens. The people of Ottawa trusted RTG and OLRT-C to be straight with the City and tell them honestly when the system would be ready. The Commission found that they betrayed that trust.

Second is the conduct of senior City staff and the Mayor in not sharing information about trial running. This prevented councillors from fulfilling their statutory duties to the people of Ottawa. Moreover, it is part of a concerning approach taken by senior City officials to control the narrative by the nondisclosure of vital information or outright misrepresentation. Because the conduct was wilful and deliberate, the Commission voices serious concerns about the good faith of senior City staff and raises questions about where their loyalties lie, finding that “it is difficult to imagine the successful completion of any significant project while these attitudes prevail within the municipal government.” Throughout the hearings, the City published, at taxpayers’ expense, a summary of the proceedings that was a blatant attempt to spin the testimony in a way that was favourable to the City. The Commission found that this appears to be unprecedented in Canadian judicial history and is part of a troubling pattern of controlling and shaping information flow to Council and the public.

In the end, the problems with the OLRT1 were a consequence of myriad factors, including the reliance on new vehicles and new relationships, a lack of integration, decisions to rush the system into service, an inadequate investment in maintenance, and several other factors, some of which were beyond the control of the parties. The result was a flawed LRT that failed to meet the needs of the people of  Ottawa. In conclusion, the report presents a very disturbing prognosis: “…until such time as the private and public entities involved in the OLRT1 project understand that their first obligation is to the public, there is reason to be concerned that the project will continue to suffer problems.”

While disturbing and discouraging, this news is confirmation of something that has been a concern for some time now. In September last year, I and a number of other City Councillors, began to call for the inquiry. There was an increasing sense that the facts were not being made available to Councillors, Transit Commission members and the public in a way that was transparent, fulsome and credible. It was our belief that only an independent, transparent inquiry would get all the facts out on the table and give us what we need to chart a whole new path forward. This report will help us to do that.

Ironically the provincial government who ordered this independent public inquiry are encouraging centralized decision making through their Strong Mayor legislation as well as stating that only one third of a council needs to agree with the direction the city goes on major decisions such as the LRT operations.  The province is confirming what was criticized by the public inquiry as being centralized control by putting it into permanent practice.  I appreciate that Mayor Sutcliffe has stated he will not use the Strong Mayor powers however these powers are in place and even though the legislation is supposed to be targeted at housing plans it could have a direct effect on other major decisions of the city such as infrastructure projects like the LRT.

The next steps of this council are to ensure that all reports on the OLRT1 and OLRT2 are fulsome.  The public has a right to know what is going on with this major investment including when the updates are not necessarily positive.  Given the extensive construction of the Stage 2 LRT in Bay Ward I will continue to ask for updates and ask questions on this project.  We need to continue to be informed on all aspects of this major piece of infrastructure.