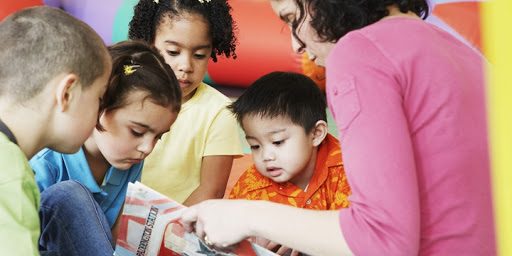 This week the City of Ottawa’s Community and Protective Services Committee passed it’s budget which includes much needed increased investments on affordable housing along with funding for additional paramedics. Children services passed as well and continues to provide basic subsidies for those in need of childcare however there is still no news on a universal quality childcare program for all families. This was a federal commitment that is now at the provincial level for decision making.

The plan to implement a national, universal affordable childcare system have languished long enough. An entire generation has grown up since those policies were first put down in writing. It’s more than time to get them in place.

As a municipal Councillor and the Council Liaison for Women and Gender Equity I have heard concerns from residents on this missing link of childcare in our city as well as across the country. National universal quality childcare is needed to ensure a level playing field for women and men re-entering the workforce. Childcare is essential for gender equality and its implementation has been put off because the conversation returns to its price tag. Instead of thinking of this much needed program as a burden it should be rightfully considered as an economy booster. Ottawa’s need-based Child Care and Early Years System Service Plan 2019-2023, shows that if child care is unaffordable, a parent is 60% less likely to remain employed. Having parents with full access to employment means a stronger economy.

Municipalities play an important role in working with communities across the city to assess the needs for childcare particularly with vulnerable neighbourhoods where subsidies are in demand. Currently, there are approximately 33,000 subsidized childcare spaces in Ottawa, and another 8,575 children on the waiting list. The pandemic put childcare services on pause for awhile, but the need is still very much there.

Ottawa is currently in the process of putting forward a new Official Plan that will map out development across the city. Part of this planning should include childcare centres together with those that may be combined with schools. Putting together a childcare growth plan within an Official Plan without a commitment for federal funding and provincial partnership is not possible. Ottawa, like most cities, needs consistent long term funding to see a universal childcare program in place to help our city grow and prosper. The next step is to have the provincial government come back to the table to agree on working with the federal government on ensuring that childcare infrastructure is built so that it is available to all parents across the province.

Right now, Ottawa parents are paying anywhere between $45 and $75 a day for unsubsidized child care. According to Dr. Gordon Cleveland, whose research underpins the Ottawa five year plan, child care is affordable if parents spend ten percent or less of their income on child care. To meet this rate, a family with one infant would need an annual income of $200,000. A family in Ottawa with an income of $100,000 would find child care completely unaffordable without some financial help. By contrast, the average household income in Ottawa is $109,034. The average single parent, male-led family income is $55,473 and the average female-led single parent family income is $42,619. Clearly, there is a pressing gender-equity imperative in addressing our child care needs. Handing out funds directly to parents to pay for non-existent childcare spots is short-sighted and unproductive.

It’s time for the 28 year old childcare promises to finally be put into action and allow the next generation to participate in our economy at full throttle. Childcare, like other quality universal programs such as health care, is positive to our society’s wellbeing. Now is the time to stop talking about it Ontario and let us build a national childcare system.