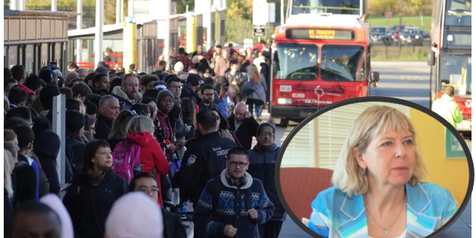 Rebuilding Trust in our Transit System

After two separate derailments on the Confederation Line LRT in the past couple of weeks the public is clearly losing confidence in this critical piece of our public transportation system. The LRT is at the centre of our capacity to achieve our climate change targets by making public transit a better alternative for getting around.

At the root of the frustration with this new transit system are several unanswered questions: Is the system we purchased a system that is having difficulty adapting to our extreme Ottawa climate and will continue to have issues? Are the contracts for construction and maintenance in the best interests of the City and the taxpayer? Why does the breakdown in one part of the system have such broad impacts on the whole system? Are we holding RTG (Rideau Transit Group) sufficiently accountable for the problems we’ve experienced with the LRT system since day 1?   Why do some transit stations have strong disagreeable odours?  Although this transit line has run problem free for a good part of the past two years much of our memories are focused on the times when there have been significant issues.

The excitement of having an LRT was also tempered with getting used to a whole new routine. For many residents it meant a change from riding a single bus downtown to riding a bus to the transit station at Tunney’s Paster or Blair and then using the new LRT for the last few kilometres of the journey.  We accepted this as interim measure as we wait for the launch of Stage 2 LRT in the near future.

On top of the new inconveniences were many hiccups to adjust to in its early days, including doors that did not close, chaotic lineupsand packed buses on crowded platforms.   This seems a distant memory now.  With the pandemic many of us stopped riding and the concerns about the transit system did not have the same impact.  For those who relied on the bus to get to their frontline service job they mostly had a quiet train and bus rides but were equally impacted by any breakdowns of the train.

We understand that reliable public transportation is a necessity in fighting climate change.  It also has the power to level the playing field for low-income people who can travel across the city with affordable fares. The system, when complete, will quickly connect parts of our city which currently take hours to move between, and it will be available to a wider audience as it grows to the west, east and south.

Our new Official Plan concentrates much of our future housing, development, and employment around LRT hubs, assuming that many of us will be using this new system even if they had not done so before. This will be ever more important as the city grows in the coming years. But first we must have confidence that the system works.

My main concern regarding the derailments is on the ongoing safety of our transit system and the loss of public confidence, particularly as we expand it in three directions with Stage 2 LRT.  I share the concern with some of my colleagues and the public that we do not have all the information we need to ensure a clear path to the service we expected and paid for. I echo the growing belief that the only way to assess the situation adequately and accurately is to seek an independent, transparent inquiry which will get all the facts out on the table and give us what we need to chart a new path forward. If we keep going down this track (pun intended), it will be about more than one train that derails and risks lives; it will be about bringing back confidence in one of the most important municipal projects our city has embarked on. We all want a transit system that works for many years to come.  We need to rebuild our faith in this system as it grows to bring us together as a city.  If necessary, we may need to replace it if it is truly and severely flawed.  Let us pause and do whatever we have to do to get this transit system right.