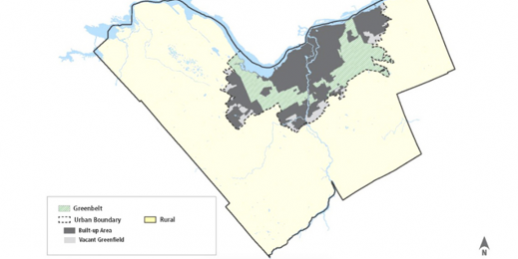 On Wednesday, May 27th, Council voted 15-6 to expand the urban boundary. I was one of the 6 who voted against adding up to 1,650 hectares of development land inside the urban boundary. I believe the city of Ottawa is better off holding the line on urban sprawl and concentrating on intensification.  Building new neighbourhoods with all the needed infrastructure needed to support them may increase property taxes for all residents. The fees paid by developers do not cover the cost of servicing these new roads, sewers and transit.

Bay Ward will see growth of transit oriented development in areas such as Lincoln Fields where infrastructure already exists. The goal of the 15 minute walkable city is attainable if we do not create more urban sprawl.  To have healthier urban growth, it needs to be within the current city boundaries.

I will work with Bay Ward communities to make sure that the intensification in our ward is done responsibly with transparency, resident participation and consultation.

City of Ottawa News Release – Ottawa’s population is expected to grow by 400,000 new residents by 2046. To meet the increase in housing demand, City Council approved a growth management strategy to expand Ottawa’s urban area by 1,281 hectares of new residential lands and to have 60 per cent of new dwellings be built in already developed areas by 2046. A decision on adding between 69 and 369 hectares of employment lands has been deferred until staff complete the required studies.

This balanced growth scenario will provide greater housing diversity within built-up areas, particularly near existing or planned transit hubs, along with sufficient housing supply outside the Greenbelt. This complements the City’s goal to expand the number of 15-minute neighbourhoods in Ottawa – communities where people can live without a car because daily needs are all within a 15-minute walk of home.

The strategy will inform the new Official Plan, which will guide development and growth in Ottawa until 2046.

To ensure protection for prime agricultural lands, the City would exclude from consideration any lands that are in an Agricultural Resource Area. Such lands could not be included as part of any expanded urban or village settlement area.

The approved growth management strategy will guide the policy framework for the new Official Plan to achieve Council approved targets to reduce emissions 100 per cent by 2050, as set out in the City’s Climate Change Master Plan. Staff will update the Energy Evolution model when the Draft Official Plan is tabled.

Update on the proposed development of 70 Woodridge Cres.
February 25, 2022

Registration of community organizations with the City
February 23, 2022
Topics
Go to Top