Committees to consider strategy to guide how Ottawa grows 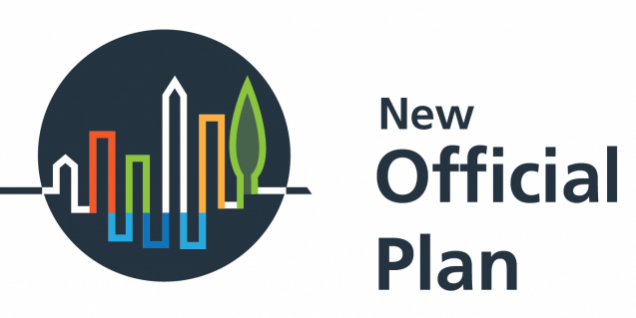 Ottawa – The City’s Planning Committee and Agriculture and Rural Affairs Committee will meet on Monday, May 11 to consider a growth management strategy that will guide how Ottawa grows.

Residents interested in providing feedback to the two committees are encouraged to review the report, which recommends a balanced growth strategy that would add between 1,350 and 1,650 gross hectares of residential land and strategically located employment land to Ottawa’s urban area, based on criteria outlined in the strategy.

The City aims to grow in a way that minimizes the need to expand the urban boundary, by making the most efficient use of the urban land we already have. We’re in the process of developing a new Official Plan – a policy framework that will guide physical development until 2046.

Within this 26-year timeframe, housing in Ottawa will be needed to accommodate more than 400,000 new residents – about 40 per cent of our current population. The report’s projections show Ottawa needs more urban area to sustainably accommodate that population growth.

The recommended strategy pairs a moderate expansion of the urban boundary with a focus on new dwellings in established neighbourhoods. The City studied three scenarios to accommodate projected population growth:

The report recommends a balanced scenario, which pairs a moderate expansion of the urban area with a requirement that a majority of new dwellings be in built-up and established areas. The strategy also requires that any lands brought into the urban boundary would prioritize expansion near existing or already-planned transit hubs, and near existing commercial areas. This would help expand the number of areas where people can live comfortably without a car – in neighbourhoods where daily needs are all within a 15-minute walk of home.

The strategy also considers the addition of strategic employment lands, with a focus on proximity and access to provincial 400-series highways for such uses as industrial, warehouse and logistics-type activities.

Members of the public can provide written submissions through the Committee Coordinator and can also provide oral submissions (for up to five minutes) at the Monday, May 11 meeting. Those interested in speaking during the meeting should refer to the process outlined as Annex A of the agenda.

Residents are also encouraged to participate in the new Official Plan process. A draft Official Plan will be prepared for Council consideration before the end of the year, based on policy directions already approved by Council. Council will adopt the final Official Plan in mid-2021.

“I look forward to a healthy and robust debate at the joint meeting on Monday, May 11, and to hear from residents about the City’s recommendation for a balanced approach to urban expansion that will accommodate residential growth needs in the coming years. This will be the first time we’re able to invite feedback from public delegations using the technology we’ve relied on to run committee meetings during the COVID-19 pandemic.”

“Balanced growth is not sprawl. The large, low-density suburban neighbourhoods of decades ago have changed significantly. In fact, intensification numbers for the ‘burbs’ are already surpassing inner urban areas, resulting in higher densities. The balanced growth scenario is smart growth – making use of existing infrastructure, transit access and completing communities.”

“As Chair of the Agriculture and Rural Affairs committee, I’m encouraged that none of the proposed growth scenarios will impact agricultural lands. As well, if the urban boundary is to expand, the report does a good job of outlining where that expansion could happen, while maintaining a significant buffer around our rural villages to ensure they remain distinct.”