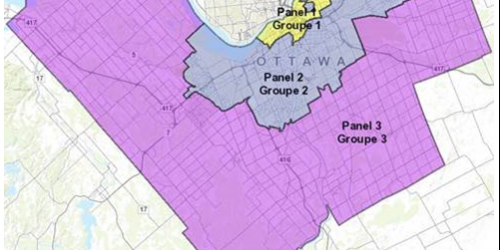 The Committee of Adjustment will consider an Application for Consent to subdivide the property into two separate parcels of land in order to obtain separate ownerships for a semi-detached dwelling currently under construction.

The Committee of Adjustment considered an Application for Minor Variances to permit front yard parking and parking abutting a street in a residential zone. The Owners intend to demolish the existing retaining wall and to reconstruct it in order to create a new front yard parking space to be located directly in front of the new walkout entrance below the existing front deck.

The Committee of Adjustment considered Applications for Consent to subdivide the property into two separate parcels of land. It is proposed to demolish the existing dwelling and construct two detached dwellings, with one dwelling on each of the newly created parcels.