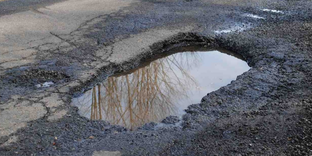 A:       For the November 1, 2018 to April 30, 2019 winter period, the City received approximately 1,685 new claims relating to snow removal and winter maintenance operations.  This number includes 122 injury claims (e.g. as a result of slips and falls) and 1,529 property/vehicle damage claims, including 1,012 claims relating to potholes.

By comparison, the total number of claims received in these categories for the 2017-2018 winter season was 721, the majority of which (440 of 721) related to potholes.

Q:        How is it that the City is not liable for damage that happens on its roads?

A:       Though the City owns the roads, it is not an insurer for all damage that occurs on them. Under the law in Canada, the City is required to keep its roads in a reasonable state of repair, not a perfect one, recognizing both the circumstances as well as the resources that it has available. Where the City has met this duty of care, it cannot be considered negligent in law, and is therefore not liable for damage that might be caused by deteriorating road conditions. That the availability of resources is a central factor to be considered was recently reaffirmed by the Ontario Court of Appeal, in a decision that noted the following:

“[g]iven unlimited resources, any town might be able to keep its roads centre-bare even in the middle of the worst snow storm. That, however, is not the standard to be met.”

In the City of Ottawa, the Roads Services Branch is responsible for maintaining over 6,000 kilometres of municipal roads and 2,300 kilometres of municipal sidewalks, in accordance with the Council-approved maintenance standards and the resources allocated to winter maintenance by Council through the budget process. In most instances, the available resources are sufficient to meet the City’s maintenance standards. However, from mid-January 2019 to late March 2019, the City experienced an unprecedented series of weather events with above average snowfall and freezing rain hours.  This exceptional weather pattern, including multiple storm events in quick succession, presented significant challenges for the City’s sidewalk and road maintenance activities.

For each of the storm events experienced during this timeframe, the City’s Road Services Branch deployed all of its available operational resources on a 24/7 basis, with priority given to major and arterial roads and sidewalks. The resources deployed included almost 600 snow removal vehicles and over 500 operators, along with contracted employees and operational staff from other City departments.

In the breaks between storm events, the Road Services Branch staff were tasked with dealing with clean-up of lower priority roads, and also with taking preventative steps (e.g. clearing of catchbasins, etc.) designed to mitigate the impact of upcoming storms.

Taking into consideration the resources that were available, the extraordinary weather events and the significant steps taken by the Roads Services Branch to maintain the City’s road system in the best possible state in the circumstances, the Claims Unit has determined that the City kept its roads in a reasonable state of repair, in all of the circumstances. As a result, the condition of some City roads and the damage that some vehicles incurred on them was not owing to any negligence on the part of the City that would warrant the payment of compensation.

As the Claims Unit uses the standard of legal liability as the basis for payment of any claim, in acknowledgement of the fact that claims are paid out of taxpayer funds that would otherwise be available to support City programs and services, damage claims arising out of road conditions for the period between mid-January 2019 and late March 2019 have been denied.

A:       If a claimant disagrees with the City’s assessment of their claim, they are free to pursue the matter through the courts, though Legal Services cannot provide them with any advice in this regard and they should consult with their own independent legal counsel.

A:        A person whose vehicle has been damaged may wish to contact their insurer to see if compensation is available under their insurance policy.  In fact, the Claims Unit encourages all claimants seeking compensation for vehicle damage to contact their auto insurer in the event of a loss, particularly if they are seeking immediate compensation for the damages sustained or to expedite necessary repairs to their vehicle.  Private insurance coverage may be more extensive than what a claimant could recover from the City directly, in that the City will provide compensation only for the depreciated value of the damage. For example, a claimant who suffers a blown tire due to a pothole will not receive compensation for a new tire if the blown tire was near the end of its useful life.