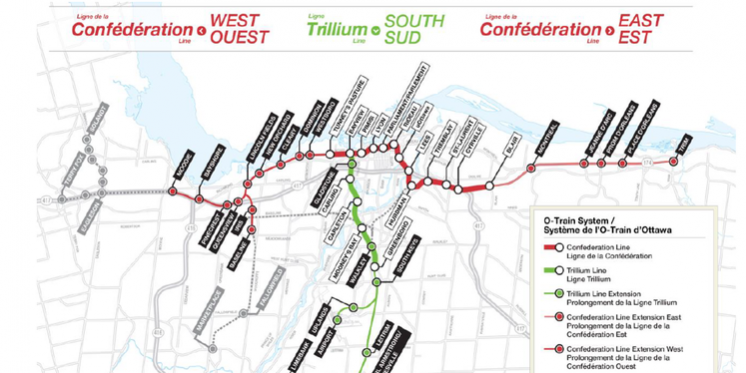 The Parkway tunnel will be built using a cut and cover construction method. To prepare for tunnel construction, traffic on the parkway has been shifted, and underground utilities are being relocated. Excavation will start at the surface and support walls will be installed as the tunnel gets deeper.

East-West Connectors (EWC), the contractor building the Stage 2 east and west O-Train extensions, will build permanent tunnel infrastructure prior to backfilling to surface level. Work will be carried out in stages to minimize impacts on pedestrians, cyclists, and local traffic. When construction is complete, Byron Linear Park will be enhanced to include more trees, less pavement, more public art, and additional plaza space for local events.

The Stage 2 Light Rail Transit Project is a $4.66 billion project that is jointly funded by the Government of Canada, the Province of Ontario and the City of Ottawa.

Stage 2 supports healthy commuting, gives residents more options for how they commute, including biking to work. Ottawa is integrating the city’s pathway network with all light rail developments in support of mixed-mode commuting.