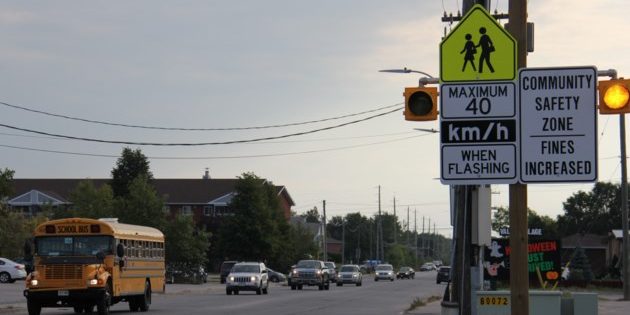 Mayor Jim Watson and Transportation Committee Chair, Stephen Blais, announced a new plan that, pending Council approval, will direct City resources between 2020 and 2024 to improve safety for all users on Ottawa roads.

This would be the third Road Safety Action Plan (RSAP) the City has implemented to make area roadways safer for all road users. The first was from 2003 to 2011, and the second from 2012 to 2016. The last plan resulted in a 14 per cent reduction in fatal and major injury collisions in Ottawa.

To address areas identified in the plan, new and rebuilt residential streets would be designed for an operating speed of 30 kilometres per hour. The plan will explore new and rebuilt collector and arterial roads that would separate cyclists and pedestrians from vehicles, and the City would implement a communications and public education strategy with an emphasis on changing the safety culture of road users.

The new plan is data-driven, has measurable outcomes, and encompasses principles from the safe systems approach which prioritizes human life and health, and notes that safety is a shared responsibility between roadway providers, regulators and users. Road traffic systems should be designed so that human error on the roadway does not lead to death or serious injury. The plan also recognizes that road safety requires a change in culture to achieve the long-term vision and goals of the RSAP. The plan aims to continue progress towards zero fatalities and major injuries on our roadways and has a goal of a 20 per cent reduction in the average annual rate of fatal and major injury collisions by 2024.

According to the 2013-2017 Collision Data Analysis, Ottawa currently has an average of 2.8 fatal injuries per 100,000 in population. This statistic is significantly lower than Canada’s national rate of 5.8, and aligns with that of Sweden and the Netherlands, which are some of the leading countries in the world that have adopted a safe systems approach to road safety resulting in low rates of serious injuries and fatalities.

Dedicated funding has been allocated to fund the initiatives outlined in the plan. Subject to Council’s approval of the Draft Budget, in 2020, the City will invest $31.5 million in road safety measures and initiatives, compared to $25 million in 2019. Revenue from current and future automated enforcement would go to program funding, starting in 2021. Staff will report to the Transportation Committee annually on the progress of the Road Safety Action Plan and to get approval for the following year’s initiatives.

The staff report outlining the proposed measures in the 2020 – 2024 Strategic Road Safety Action Plan will be the subject of deliberation at Transportation Committee on December 4, and at Council on December 11.