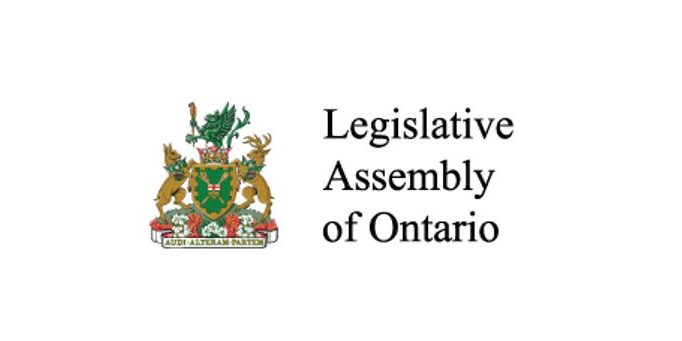 Recent legislative initiatives by the Ford Government affecting municipalities like Ottawa are causing great concern at Ottawa City Hall. Bill 23 (More Homes Built Faster Act) contains sweeping changes on how municipalities deal with development, in an effort to improve the supply of affordable housing. And Bill 39 (Better Municipal Governance Act) upends municipal democracy by permitting the mayors of Toronto and Ottawa to pass bylaws with the support of only one-third of Council.

Bill 23 seeks to facilitate the building of needed affordable housing, but unfortunately the proposed reforms go too far: a recent Ottawa City staff memo outlines many of the issues that both our planning staff and indeed many municipalities across Ontario have identified. They include:

The Association of Municipalities in Ontario – representing 420  municipalities (95%) in Ontario – in their brief to the Provincial Government on Bill 23, estimated the cuts to development charges would cost municipal taxpayers $5 billion(!). The effect of such a change will slow the provision of infrastructure to new development as many municipal councils will be loathe to raise property taxes to fill this gap.

Citizens should let both the Minister of Municipal Affairs & Housing and their local Member of Provincial Parliament know their views on Bill 23. I will be working with my colleagues at City Council to find a better path to provide the affordable housing we need, without resorting to the measures proposed in Bill 23.

The other legislation is Bill 39 (Better Municipal Governance Act), which provides to the Mayors of Toronto and Ottawa the ability to pass bylaws with the support of one-third of City Council, and veto amendments to City budgets with the support of one-third of City Council (among other measures). This upends the tradition of majority rule that has been in place at the City of Ottawa since its founding in 1855 and reduces the ability of a City Councillor to represent his or her constituents. I appreciate that Mayor Mark Sutcliffe has said he will not use these extraordinary powers in Ottawa, preferring to work with the majority of Council. But it is an extraordinary departure from the democratic norms the City has functioned under for more than a century, with no justification for this departure.

This update focuses on further analysis undertaken on the financial impacts of proposed development charge changes.

Bill 23, More Homes Built Faster Act, 2022, was introduced at the Provincial Legislature for First Reading on October 25th, 2022 and implements additional recommendations from the Ontario Housing Affordability Task Force. The Bill proposes extensive changes to several Acts and regulations including the Development Charges Act, Planning Act, Municipal Act, and others. If passed as proposed, these changes would have significant impacts on municipal finances as well as processes and operational matters across multiple business units.

City staff have continued their review of Bill 23 and have summarized their preliminary financial impact analysis. Most of these impacts are a result of the proposed changes to the Development Charges Act included in Bill 23.
Development charges are one-time fees collected from residential and non-residential land developers. The Development Charges Act sets out a process and framework to determine charges. Municipalities must undertake a ‘Development Charges Background Study’ to determine the estimated amount, type, and location of development and the related calculations of how growth will impact future infrastructure requirements. Once new infrastructure is built or expanded, ongoing operational and lifecycle replacement costs of the assets must be funded by existing taxpayers.

Currently, there are several benefits in applying development charges, which include: the timely and orderly expansion of required infrastructure services, the avoidance of low service levels, the maintenance of acceptable levels of property taxation and user fees, and greater overall acceptance by existing residents of property development and the growth it facilitates. These benefits would be negatively impacted by the various amendments proposed to the Development Charges Act and Regulations under Bill 23 as detailed below.
Financial Impact Analysis

Preliminary analysis of the financial impact and loss of revenue to the City from the proposed phase-in periods based in the 2019 Interim Development Charge (DC) Study is estimated at $26M per year or over five years, is approximately $130M or 10.19% of collections. Mandatory reductions in Development Charge revenues over five years will create an infrastructure funding gap between the collection of development charges and the financing of the required growth-related capital projects needed to proceed with new development.

Removal of Affordable Housing as an Eligible Service Category

Preliminary analysis of the impact of removing affordable housing as an eligible service category is estimated to have an impact on revenue at approximately $2M per year or $10M over ten years. This estimate is based on actual growth-related funding over the last five years.
The 2019 Interim DC Background Study identified a preliminary estimate of the growth-related funds needed to pay for additional units of affordable housing. This financing provides housing for the most vulnerable residents and would impact the City’s ability to fund affordable housing. The City anticipated expanded use of development charges to contribute towards the growth-related capital costs required to fund various affordable housing initiatives in a comprehensive 2024 DC Background Study based on the new Official Plan and Long-Range Financial Plan. This will no longer be a viable funding option as identified and a new funding strategy will need to be identified.

Removal of Land as a Recoverable Cost for Certain Service Categories

Preliminary analysis of the financial impact of the removal of land as a recoverable cost for certain service categories would create a $5.2M annual impact or $52M over 10 years based on the 2019 Interim Development Charge Background Study and By-law.
Under Bill 23, the cost to acquire land for specific growth-related service categories can be exempted as an eligible expense if prescribed. The removal of land will result in the use of other sources of funding and will negatively impact the City’s ability to pay developers for this component of capital projects needed for the provision of expanded growth-related infrastructure for such items as new arterial roads, park and ride facilities and public transit corridors.

The proposed amendment of no longer funding DC background studies would create an annual pressure of $2M based on average expenditures over the last 5 years. Exemptions for housing services from DC recovery will result in a loss of capital funding of just over $1M annually. In addition, there would be an undetermined loss of revenue from exemptions relating to gentle intensification and attainable housing that is not fully understood at this time.

The proposed Bill would require municipalities to provide financial incentives through DC, Community Benefits Charges and parkland exemptions for affordable rental and ownership housing, attainable housing (criteria to be defined by regulation), Inclusionary Zoning units and DC discounts for market rental units. The financial impacts of these incentives would still need to be analyzed.

The analytical observation that “as a whole, the new taxes and fees generated by residential growth do not equal the new operating costs required to support these developments” was presented to the Provincial Standing Committee on Heritage, Infrastructure, and Cultural Policy on November 16th, 2022, by Watson & Associates, experts in municipal fiscal impact studies of residential developments. This has also been substantiated by three Fiscal Impact Analysis studies undertaken in 2009, 2013 and revised in 2021 by Hemson Consulting Ltd., as part of the City’s Official Plan update. The 2021 analysis identified a shortfall in revenue needed to pay for operational and lifecycle costs within the lower-density urban greenfield growth category of $465 per capita annually.

This transfer of cost to existing taxpayers will be combined with the proposed downloading of growth-related capital funding, mainly to subsidize residential development, based on the proposed new statutory exemptions, mandatory phase-in, removal of Affordable Housing Services, cost of land and studies, revised level of service timeframe, and statutory discounts. The City has relied (over 88% of collections over three years) on residential development to generate growth-related revenues.

The Bill 23 amendments designed to increase housing supply will disproportionately impact the increase in revenue required to service land in advance of future residential development to 2046. In the absence of equivalent and consistent funding by the Province, the options would be to delay, reduce service, or seek other funding sources. The only readily identifiable source to make up the significant funding shortfall are existing taxpayers, who would be required to fund the studies and capital investments necessary to deliver services, amenities and infrastructure needed to support growth. The financial impact, once the comprehensive DC Background Study and By-law are approved and new rates are in place, could be well over $60M annually or approximately 25% of DC revenues starting in 2025 – meaning conclusively that growth will not pay for growth.

City staff will continue to review and analyze impacts of the proposed bill and develop responses to the Province through their Environmental Registry and Ontario Regulatory Registry commenting portals, where comments are being received on various regulatory amendments and policy proposals related to the legislation.