Are your Liberation75 Tulips blooming? 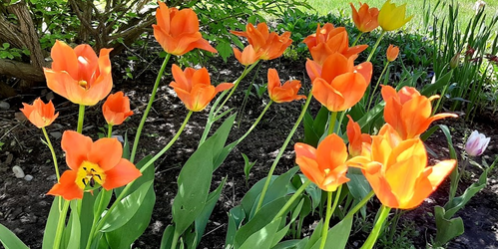 Last year, the Canadian Tulip Festival together with their partners, the National Capital Commission (NCC), the Embassy of the Kingdom of the Netherlands and KLM Royal Dutch Airlines, wanted to mark the 75th Anniversary of the Liberation of the Netherlands this spring (2020) by introducing the Liberation75 Tulip, a limited-edition bright orange, mid-early blooming tulip with crown-shaped petals. The goal of the Liberation75 Commemorative Planting Campaign was to plant 1.1 million tulips across Canada to honour the 1.1 million Canadians who served in the Second World War.

In the spirit of Giving Tuesday
November 25, 2022
Topics
Go to Top