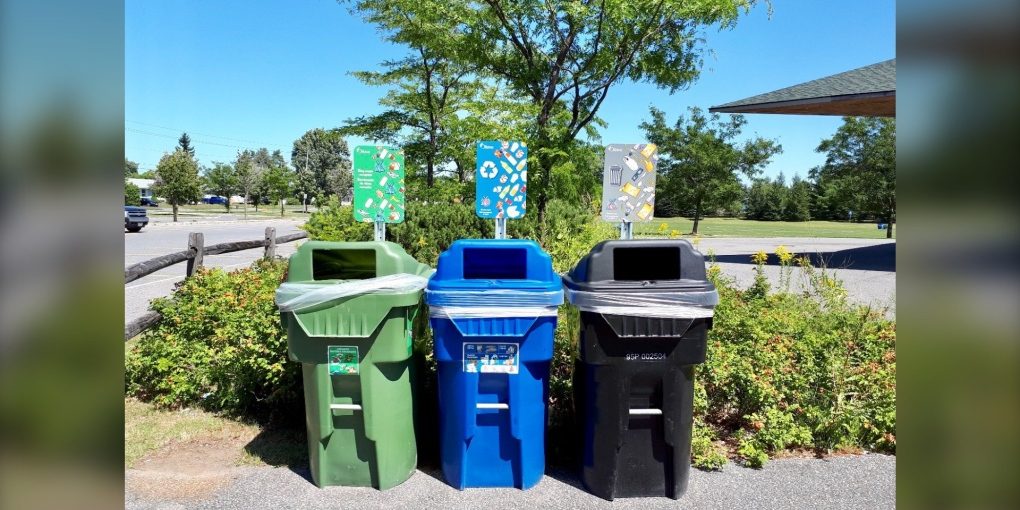 The 2021 Recycling in Parks pilot will be expanded from Phase 3, aiming to build on the lessons learned and best practices identified from past pilots. Specifically, it will be expanded to include several different park types from across the City, with a goal of even distribution amongst wards, and include one (1) destination park (already identified to be Mooney’s Bay Park).

The City operates and maintains roughly 4,300 hectares of parkland at more than 1,300 sites. The location and number of waste receptacles per park are determined during the park development phase by the City’s Recreation, Cultural and Facility Services Department and are subject to fluctuate based on year-over-year observations by staff. Many sites have garbage receptacles that require collection on a summer seasonal basis between mid-April to mid-November. A reduced number of locations and receptacles are serviced through the alternate winter season months due to the decreased demand and number of visitors to the site. Collection of waste is coordinated by the Public Works Environmental Services Department, specifically – by the Parks, Forestry and Stormwater Services branch.

In 2018, 450 tonnes of garbage were received at the Trail Waste Facility from City parks. This represents 0.2 per cent of the 187,728 tonnes of total garbage collected city-wide in 2018. Between 2017 and 2020, Solid Waste Services (‘‘SWS”) conducted three pilot programs for Recycling in Parks in order to inform the best way to roll-out a future comprehensive recycling program for City parks.

The initial phase of the recycling in parks pilot consisted of the installation of large recycling carts in the parking lots of seven (7) parks across the city. The placement of carts in parking lots was an operational requirement due to the carts being serviced by full-size, Front End Loader trucks under the City’s Multi-Residential (MR) contract, which were unable to gain access to the inner parkland. The decision to utilize the City’s MR contractor provided the City with financial efficiencies, as the addition of these locations were considered an add-on to the existing contract.

While this initial pilot was well-intentioned and did help inform subsequent pilots, staff noted several issues that contributed to the first pilot being deemed unsuccessful. As noted in Inquiry EC 04-17 (Collection of Recyclables in City Parks / City Festivals), staff reported that bins were often under-utilized and highly contaminated with entire bins becoming contaminated and disposed of as garbage. Possible contributing factors to these issues included that the recycling carts were often not being paired with garbage bins, as well as unclear labelling which relied on wording only. Both items were considered and addressed as part of the Phase 2 Pilot the following year.

During the spring of 2019 the planning for the phase 2 pilot began with 50 parks being selected that were a variety of Park types. For this phase, containers were placed close to the garbage bins and had 3 different container lids in order to test if lid size and colour affected capture and contamination rates.

As the pilot progressed, it was determined that the best lids for preventing contamination had restrictive openings. However, these lids were also easy to clog, which gave the impression of overflowing bins, and they proved challenging to use from an accessibility lens.
This pilot determined that the large recycling carts did not need to be emptied as frequently which assisted in operational efficiencies. The program saw less contamination overall and had good uptake by residents.

In the most recent pilot, the recycling streams were expanded to include Organics and Dog Waste. Existing waste receptacles were removed, and large wheeled collection carts were installed in 10 parks for Garbage, Blue Box Recycling, and Organics (including dog waste). Four
seasonal waste audits were conducted between Fall 2019 and Summer 2020 to determine the composition, capture rates, contamination rates, and overall diversion rates for these parks during the different seasons.

Overall, the pilot saw 72 per cent of waste from the 10 parks, that would have otherwise been landfilled, diverted to the recycling and organics bins. Further analysis of the recycling streams indicated that 75 per cent of what could be recycled (also known as capture rate) was placed in the recycling bin, and 79 per cent of organics material was placed correctly in the green bins. Both diversion and capture rates for all 10 parks remained relatively consistent throughout the four seasonal waste audit sessions.

The data from this pilot continued to demonstrate that recycling in parks was successful in increasing diversion among the parks as well as capture rates for the recycling and organics stream.

In the Spring of 2021, the City of Ottawa will launch a fourth, expanded Recycling in Parks pilot, which will run until the Spring of 2022. SWS is looking to expand this pilot to approximately 20 parks of different sizes and locations throughout the city. In addition, SWS staff are planning to work with their counterparts in West Parks Operations to include one (1) destination park (identified to be Mooney’s Bay Park) in this phase. The inclusion of a destination park will require different planning and waste collection methodologies and increased effort for servicing. For these reasons, only one destination park will be included in this pilot.

The expanded pilot will consist of three (3) waste streams: garbage, recycling and organics. Three-stream waste receptacles will be installed at various locations throughout each of the participating parks, with emphasis on park entry/exit points and gathering hotspots. Success of the pilot will be measured using a variety of methods including diversion rates, waste collection data and resident feedback. Staff will report back to Council on the 2021 Expanded Pilot finding and detail the next steps in Q2 2022.

The results from all the pilot programs will inform the development of a future city-wide Recycling in Parks program as an option in the Solid Waste Master Plan, as well as making sure the City is compliant with any considerations included in the final regulations for the Blue Box Transition Program as part of the Resource Recovery and Circular Economy Act, 2016 (set to be released in Q1 2021).

Parks to be selected for this pilot are to be selected from locations across the city, with a goal of even distribution per ward and consist of different park types and sizes. Staff are seeking Council’s input to parks they would like included in the pilot. When considering which parks would be suitable for a pilot in your Ward, please consider the following:

Over the next couple of weeks, staff will be reaching out to your offices to see which parks in your Ward ((2) or three (3) options) that you would like to be considered for the 2021 Recycling in Parks Expanded pilot. Staff will then review the parks submitted and confirm back to Council by way of memo the final list of parks to be included in the 2021 pilot.