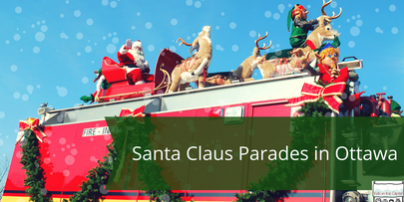 Check the dates of the many communities in Ottawa that have Christmas parades scheduled, see below: